The Office of the Special Prosecutor (OSP) has charged the Chief Executive Officer of the Northern Development Authority (NDA), Mr Sumaila Abdul-Rahman and his two deputies, Stephen Yir-eru Engmen and Mr Patrick Seidu, for alleged corruption.

Mr Andrew Kuundaari, the Chief Executive of A&QS Consortium Limited, a private consultancy firm, has also been charged with the same offence.

The four have been charged with conspiracy to directly or indirectly influence the procurement process to obtain an unfair advantage in awarding a procurement contract.

“The four persons will be arraigned before the High Court (Criminal Division), Tamale, on Tuesday 31 January 2023,” the Special Prosecutor stated. 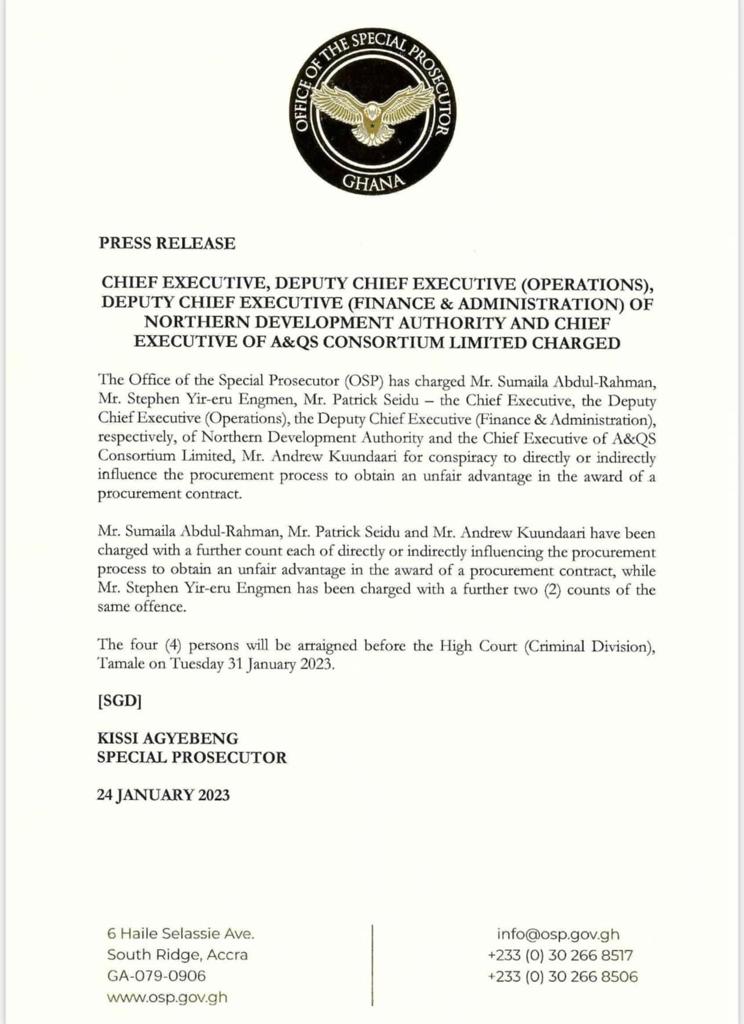 In June last year, the Special Prosecutor commenced investigations into the activities of the NDA following a petition by a private legal practitioner, Martin Luther Kpebu.

Lawyer Martin Kpebu by a written complaint dated 15 June 2022 and addressed to the Special Prosecutor, requested for an investigation into the operations of NDA and the actions of its CEO and board chairman.

The complaint alleged that NDA awarded a contract to A&QS Consortium Limited (hereafter, A&QS) on 28 January 2020 for consultancy services for the supervision of some constituencies in the Upper West Region under the IPEP for the contract sum of GHC5.72 million.