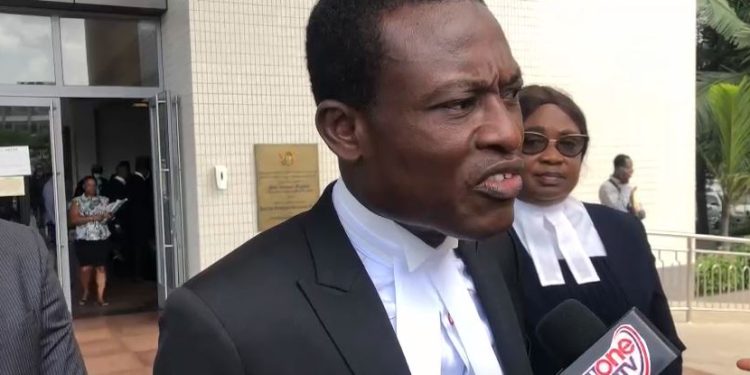 According to him, the team has a strong case that will ensure that Mr. Adjei and his brother-in-law, Francis Kwaku Arhin, held for corruption offences, are made to face the full rigours of the law.

“I have my firm conviction that we have every evidence to see the accused prosecuted on procurement breaches…They pleaded not guilty, and the court has given directions as to how the trial will proceed, so in a month’s time, we’ll be back to comply with the court,” he said after court proceedings on Wednesday, 25 May 2022.

Kissi Agyebeng stressed that the Office of the Special Prosecutor would continue to do its work to ensure that corruption is reduced to the barest minimum in the country.

“As I said during my vetting, I’m going to make corruption very costly,” he added.

Meanwhile, the two suspects have been granted bail in the corruption prosecution by the High Court (Criminal Court 3 Division).

Mr Adjei has been charged with 17 counts of using public office for-profit and nine counts of directly and indirectly influencing the procurement process to obtain an unfair advantage in awarding a procurement contract.

On the other hand, his brother-in-law was charged with one count of using public office for profit.

They pleaded not guilty and were granted GH¢5 million with two sureties each. The sureties are each to deposit their national identification cards at the court’s registry.

Mr Agyenim Boateng has also been ordered to deposit his passport with the court until the final determination of the case.

Francis Kwaku Arhin, on the other hand, has been allowed to retain his passport on compassionate grounds because he resided in the United Kingdom with his family.

Presenting his case earlier in court, the Special Prosecutor, Kissi Agyebeng, who initiated the action, said Mr Adjei improperly and unlawfully conducted and participated in tendering processes in awarding government contracts to Talent Discovery Limited without disclosing that he was a major shareholder of the company.

As a member of the governing board of PPA, Mr Adjei, the SP said, used the company as a sure bet of winning the public bids and, as the implementor of the decision of the board, unlawfully altered the outcome to favour his company.

Within a short period, the SP said Mr Adjei amassed a “fantastic amount” of GH₵41million in his account, the reason he was in court.