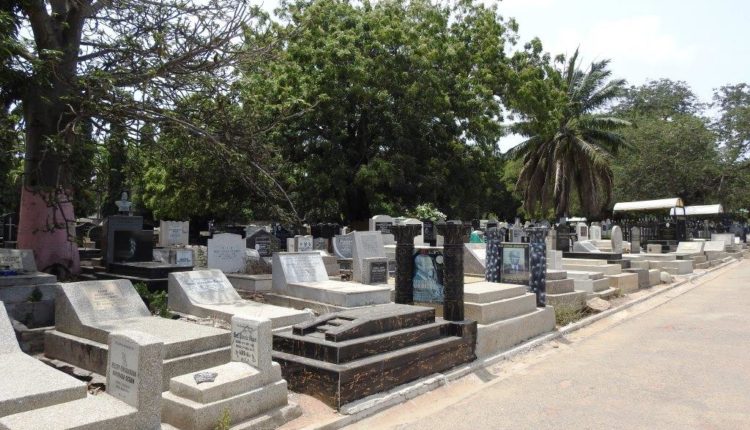 One of the typical scenes in Ghanaian communities were the several hundreds of mourners who flooded cemeteries as the earth swallowed scores of remains of people’s loved ones every weekend.

However, burials have suddenly slumped to a record low, in some cases, zero in some cemeteries. The bodies are piling up in the mortuaries at racing speed, leaving morgue managers overwhelmed.

Funeral homes are reeling the impact with low sales of funeral products and services as families adopt a wait-and-see attitude amidst an embargo on social gatherings and a lockdown.

The caveat, however, is that not more than 25 people are allowed at funerals and private burials, as opposed to the over hundred- attendees pump and funfair, witnessed in normal times.

The restrictions, including social distancing protocols, are necessary to combat COVID-19, the disease caused by the coronavirus which has struck 834 people with 99 recoveries in Ghana. 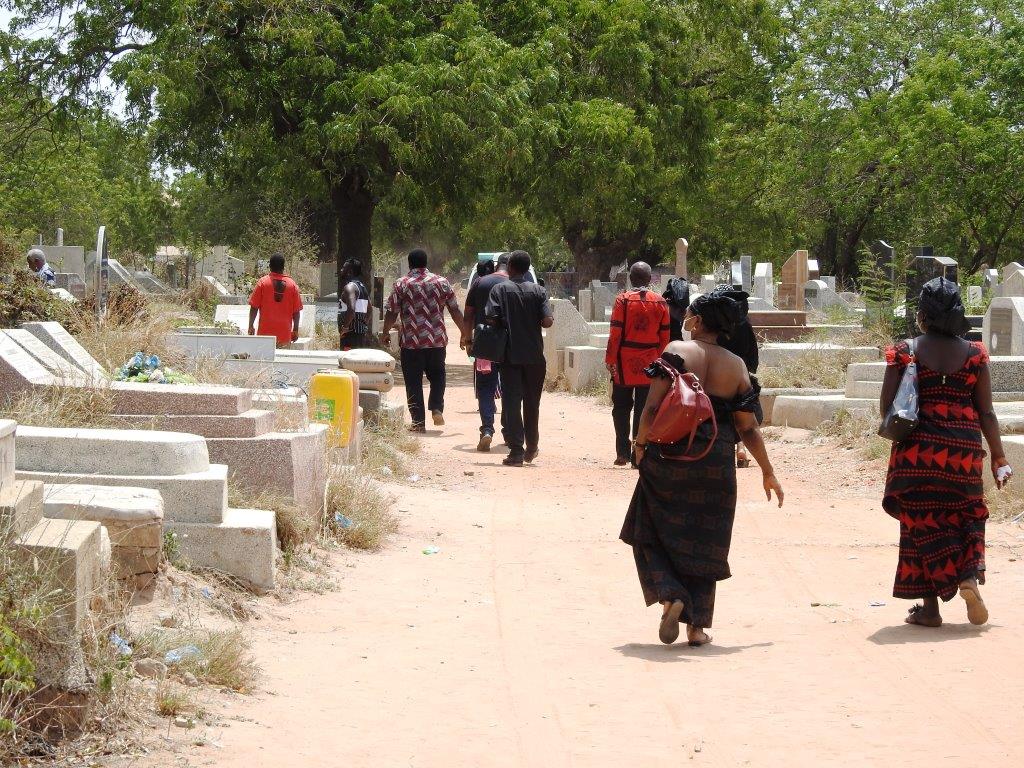 Only five private burials took place at the Awudome Cemetery when theghanareport.com visited the site on Saturday, April 18. 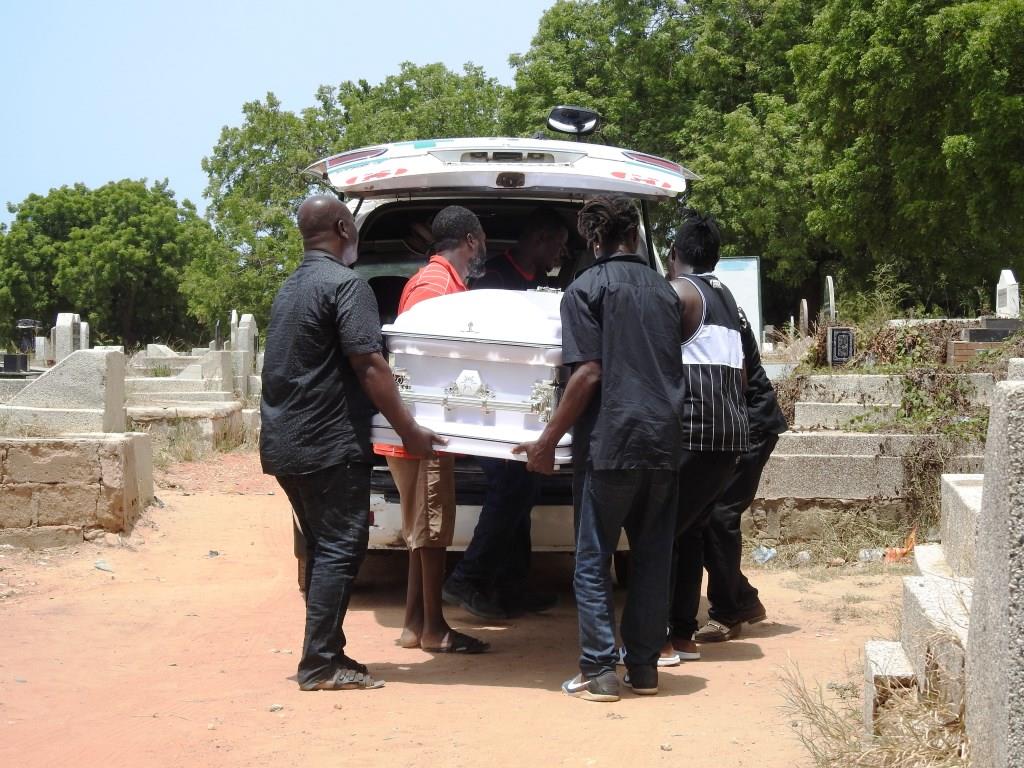 The usual waves of wailing, volumes of tears and drama characteristic of Ghanaian funerals were absent as the first family briskly carried out the burial of their beloved father.  Edward K. Bruce-Thompson passed away on April 5, 2020. 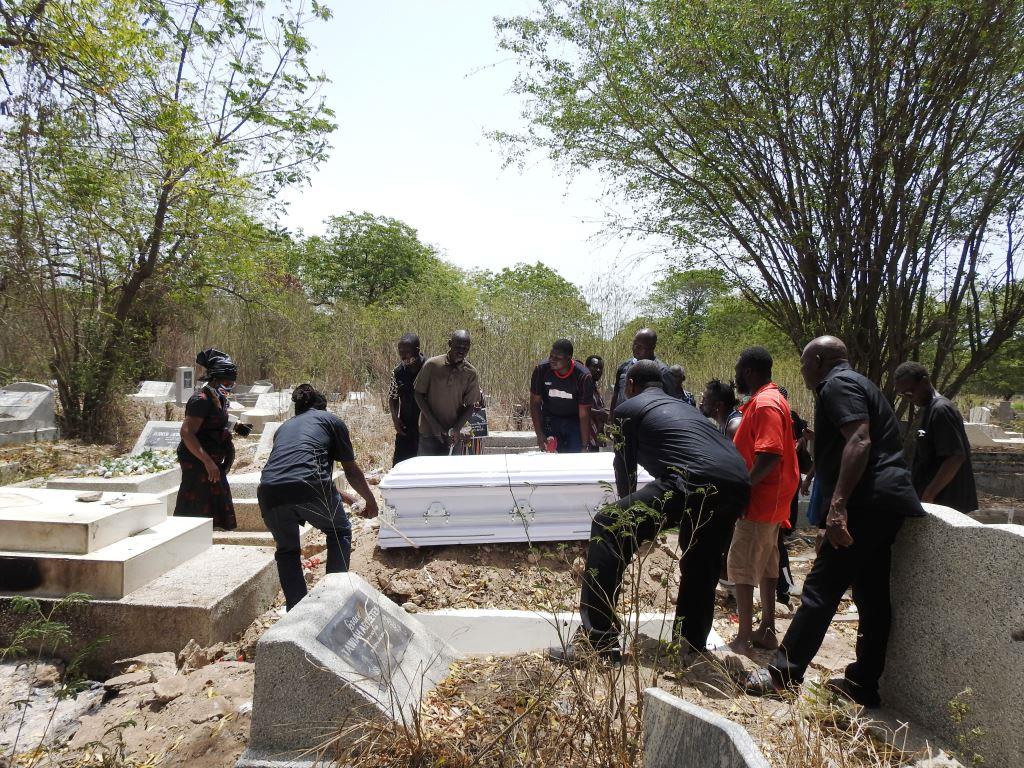 Family and friends presented themselves at the graveside. One mourner kept screaming “social distancing, social distancing” intermittently for attendees to space out. Lying in a white casket was their 68-year-old  kinsman. There were no tears for the pensioner.

The family decided to bid him farewell without the usual fanfare because there was no indication as to when the restrictions on funerals and other social gatherings end. He had been sick for a while.

“It could be at the end of May or June and the numbers kept going up, so we have no idea when it will end. Therefore, we thought, it is best to bury him now and the restrictions are lifted, we can sit down and perform funeral rites for him.

“There was a consensus among family members to bury him. In our culture we believe the dead and are not dead and therefore, we must give them a befitting burial, but times are different and human beings should evolve with the time,” Nii Acquaye Bruce-Thompson, a cousin of the late Mr Bruce-Thompson said. 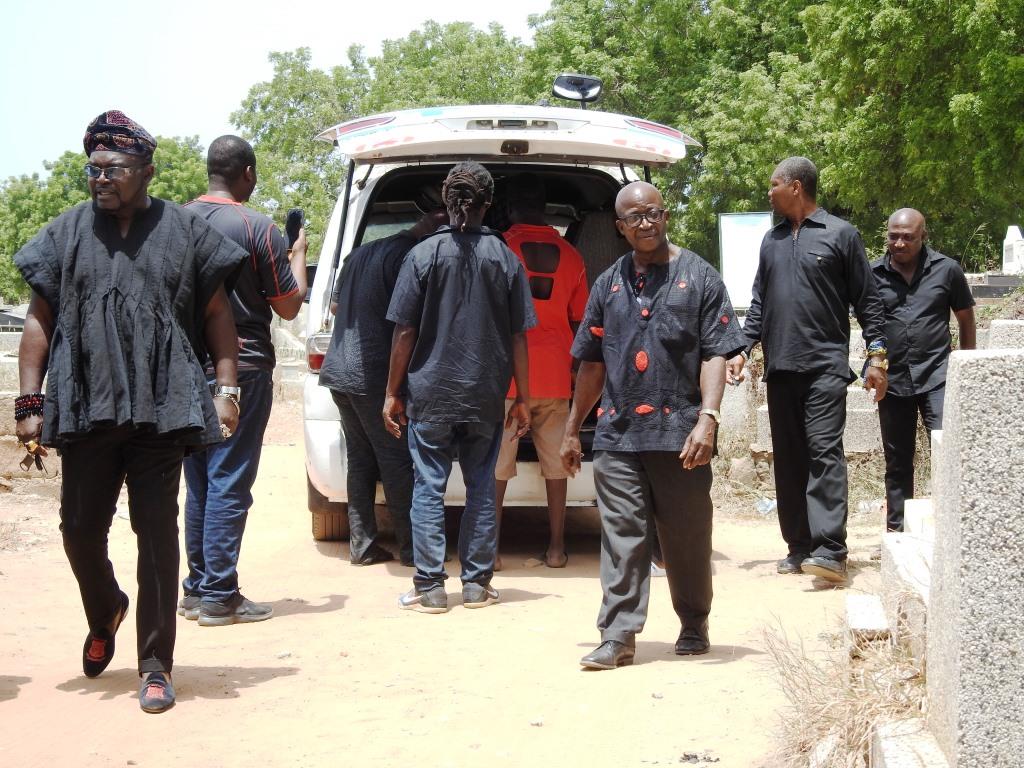 Only 12 people gathered amidst the solemn singing of Christian Hymn ‘Abide in me’. It was at the point when the grave was being covered with sand that one member of the bereaved family broke down in tears.

The cries intensified slightly as the group strolled towards the exit of the cemetery. 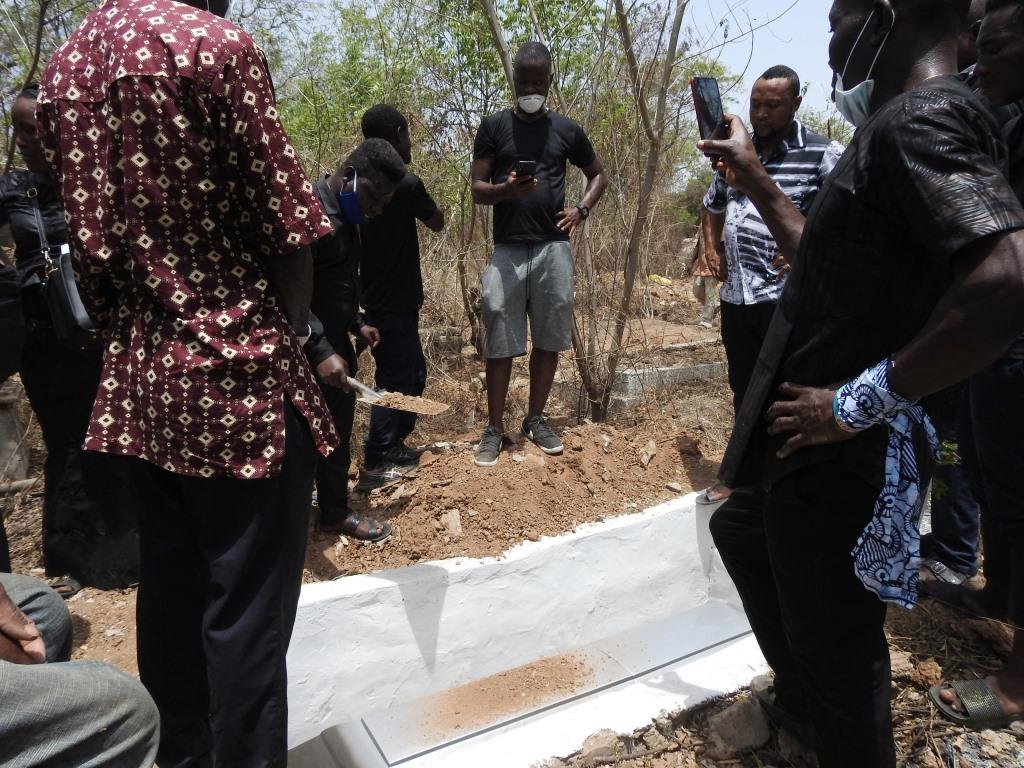 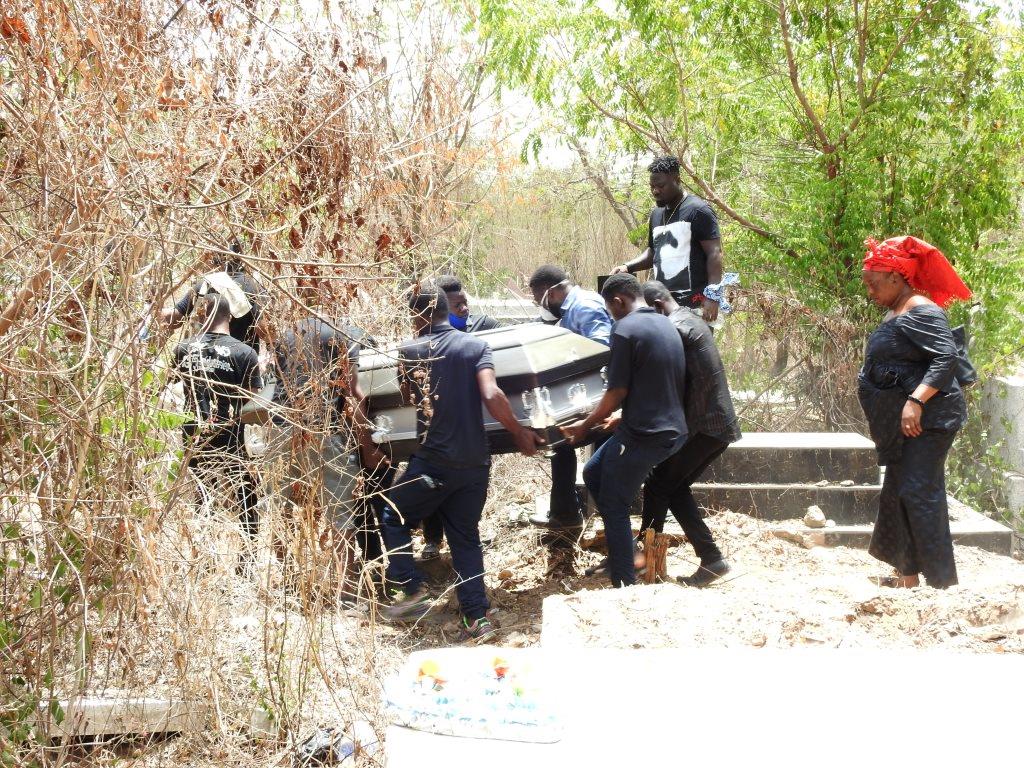 The third family, hailing from the Abbey family in Jamestown, appeared the most emotional. From the entrance to the graveside, a family member wailed erratically  about having to cut ties with the deceased, Adelaide Abbey, 42.

Brother of the deceased, Emmanuel, explained that she died “tragically” after a short illness in the first week of March. 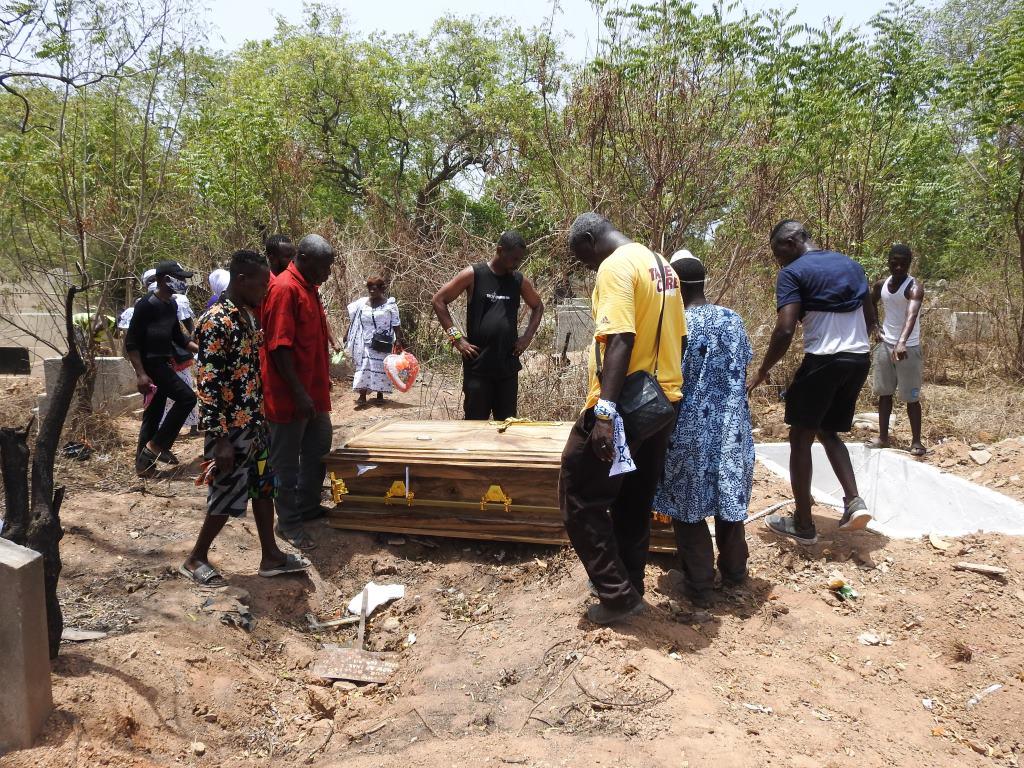 He explained that the family had scheduled the funeral for April 18 before the lockdown. They had to slash the number of attendees to only “a few people because of the restrictions”. 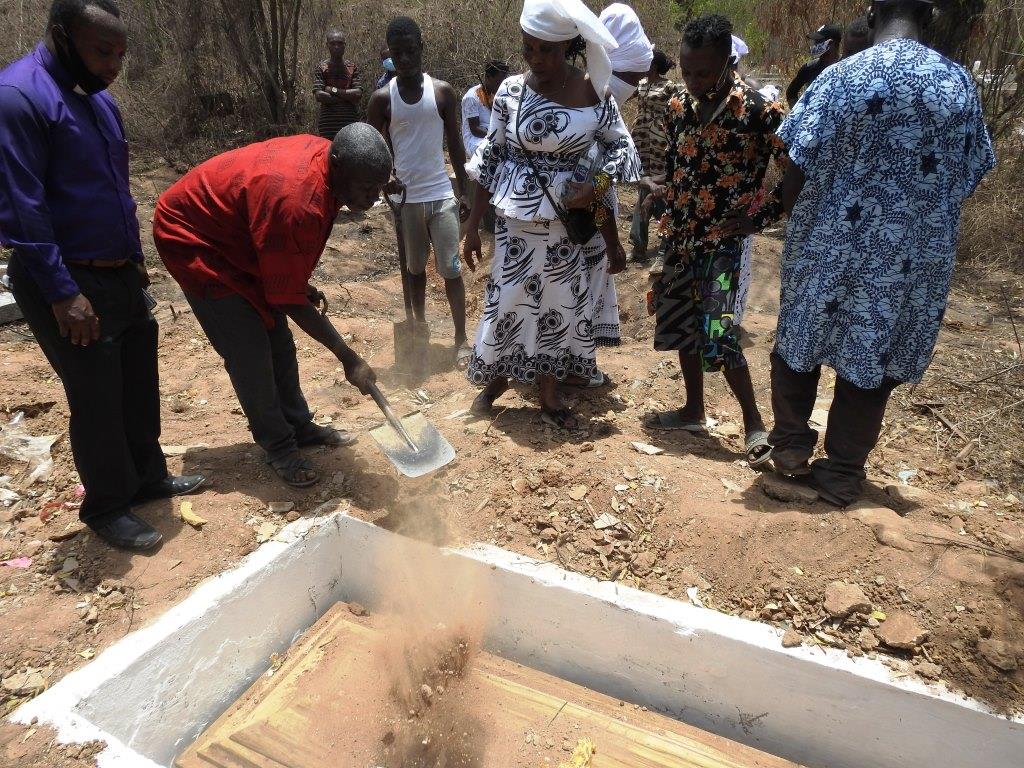 He said the private burial is “the best way” as it has reduced cost. “We will see if we can have a small party for her (deceased)” after the COVID-19 spread is tackled. 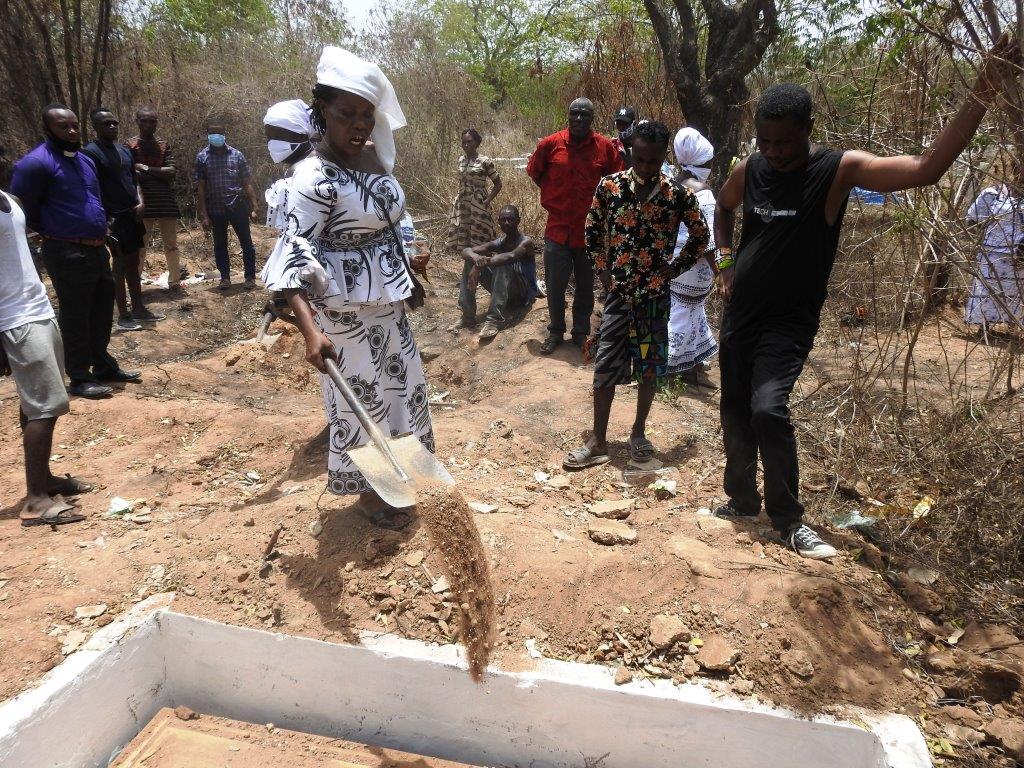 Across all the families, only a handful wore face masks with no one in hand gloves at the burial site.

About 15 burials were conducted at the cemetery weekly before COVID-19 restrictions, Chief Sexton at the Accra Metropolitan Area (AMA), Mr Joseph Annang, said. 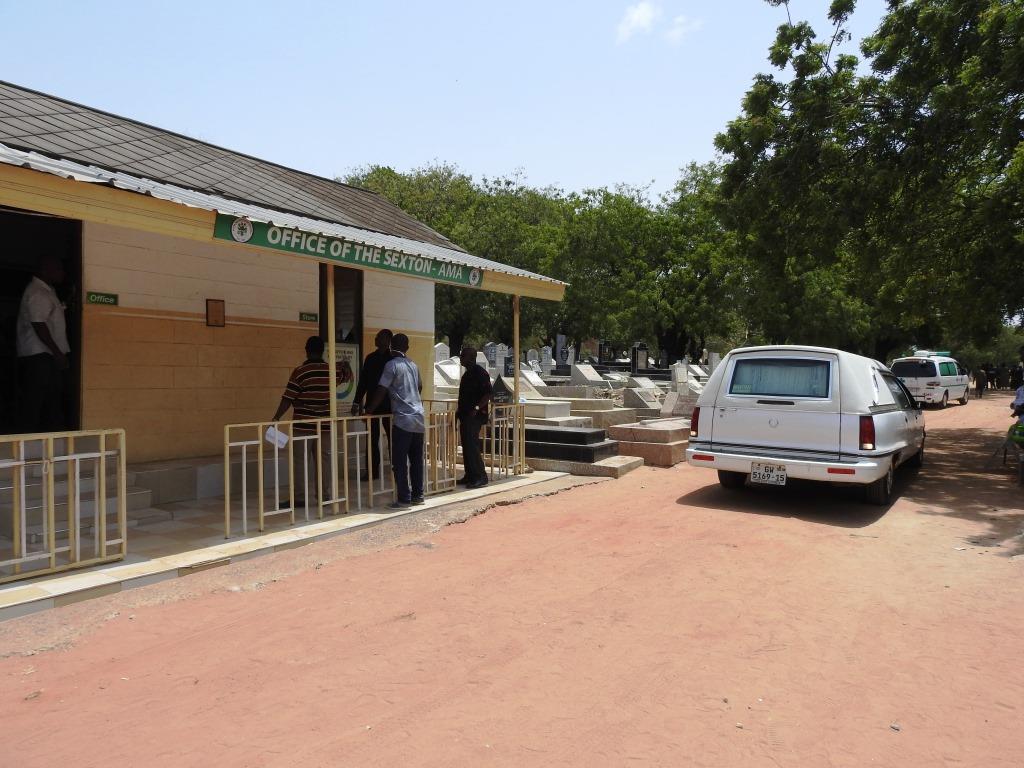 In fact, after the President’s ban on public gathering on March 15, no burials took place until April 18. However, Mr Annang foresees a gradual increase as the lockdown bites.

Families are, however, slow to embrace private burials. Culturally, Ghanaians believe in honouring the dead with befitting ceremonies. Less than 25 attendees imply “throwing away the bodies of loved ones”, Mr Annang explained the perception of most families.

He admonished the public to accept small burial services, beyond the coronavirus, due to less financial burden on families.

The bereaved have postponed scheduled burials, which clashed with the lockdown period. However, the AMA will not impose any penalties for indefinite preservation of the graves, which cost between GHC 100 and GHC 600. 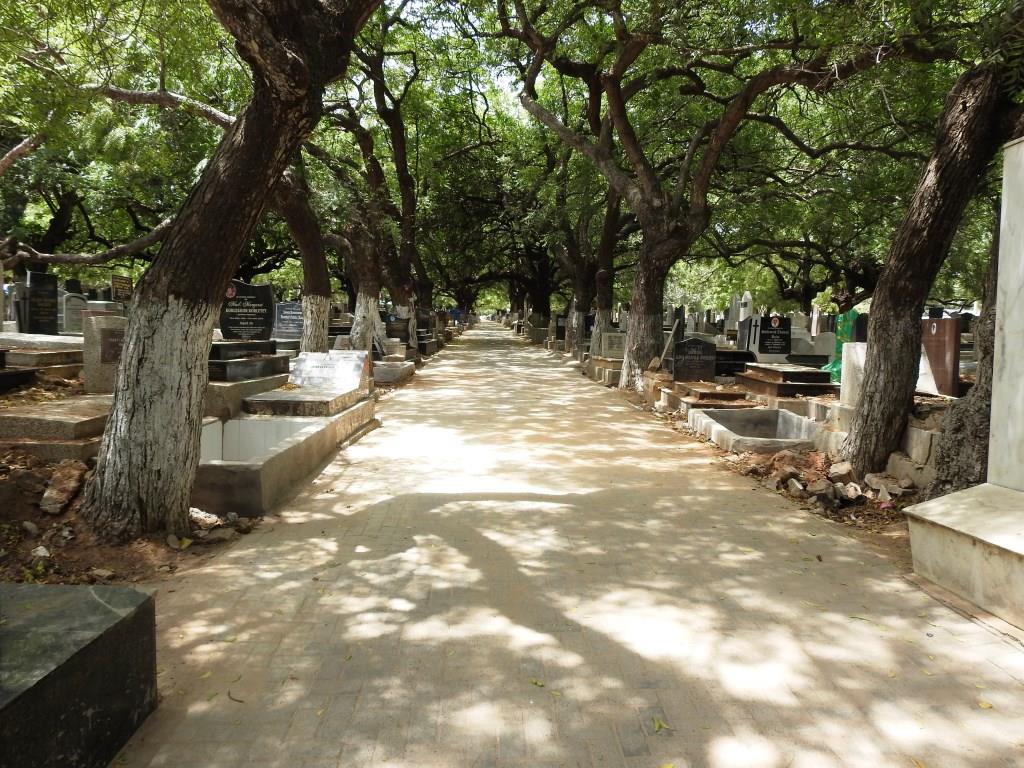 The Osu Cemetery was dead silent when theghanareport.com got there by 1 p.m. Four families quietly buried their relatives and left the premises before midday on April 18. Two families also called on the same day to postpone scheduled burials indefinitely.

The Sexton at the Osu Cemetery, Mr Samuel Leh, disclosed that one of the city’s most busy graveyards was recording four to seven burials weekly before the COVID-10 epidemic. 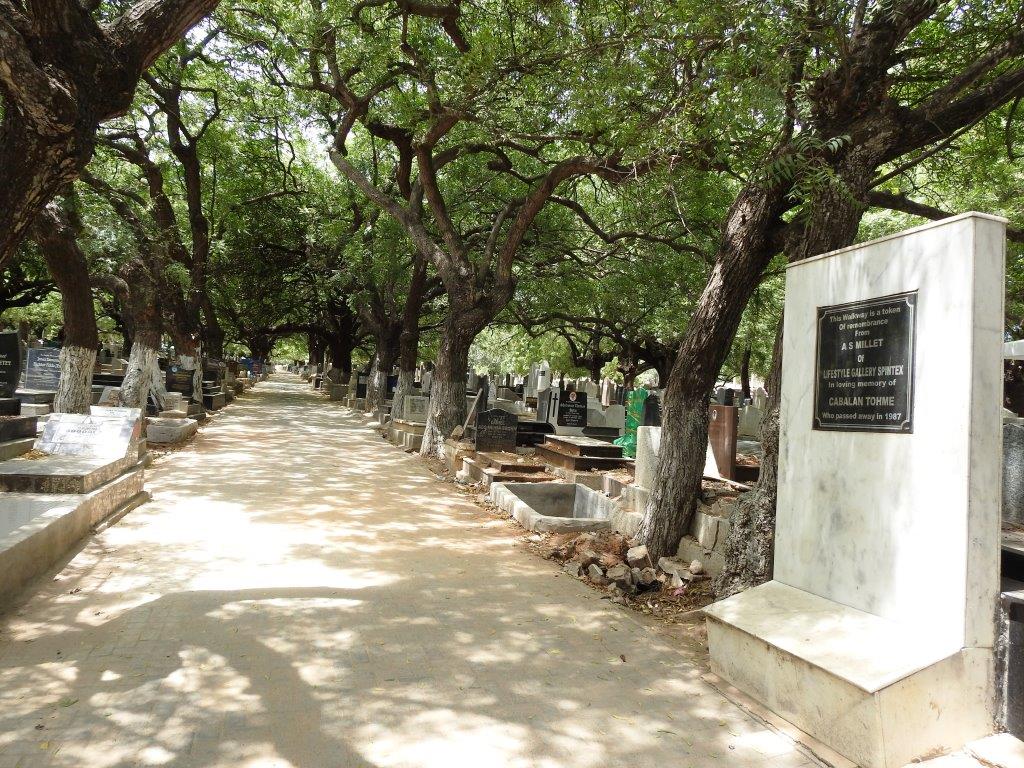 “Many people were supposed to bury, but they all postponed after the first two-week lockdown period was announced, so burial stopped,” he noted. 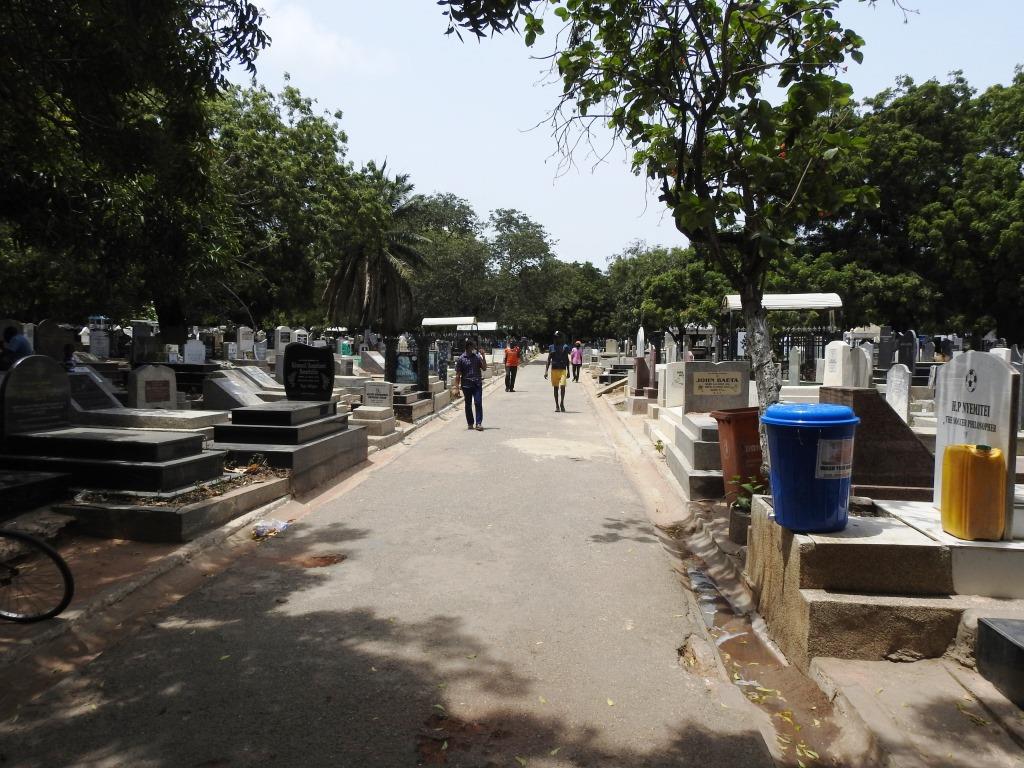 However, the cemetery hosted “about three burials in the second week of April, after the lockdown extension”.

“If you have a burial at this time, it will benefit you because the cost will be down,” Mr Leh advised the public.

Loss of revenue for funeral organisers 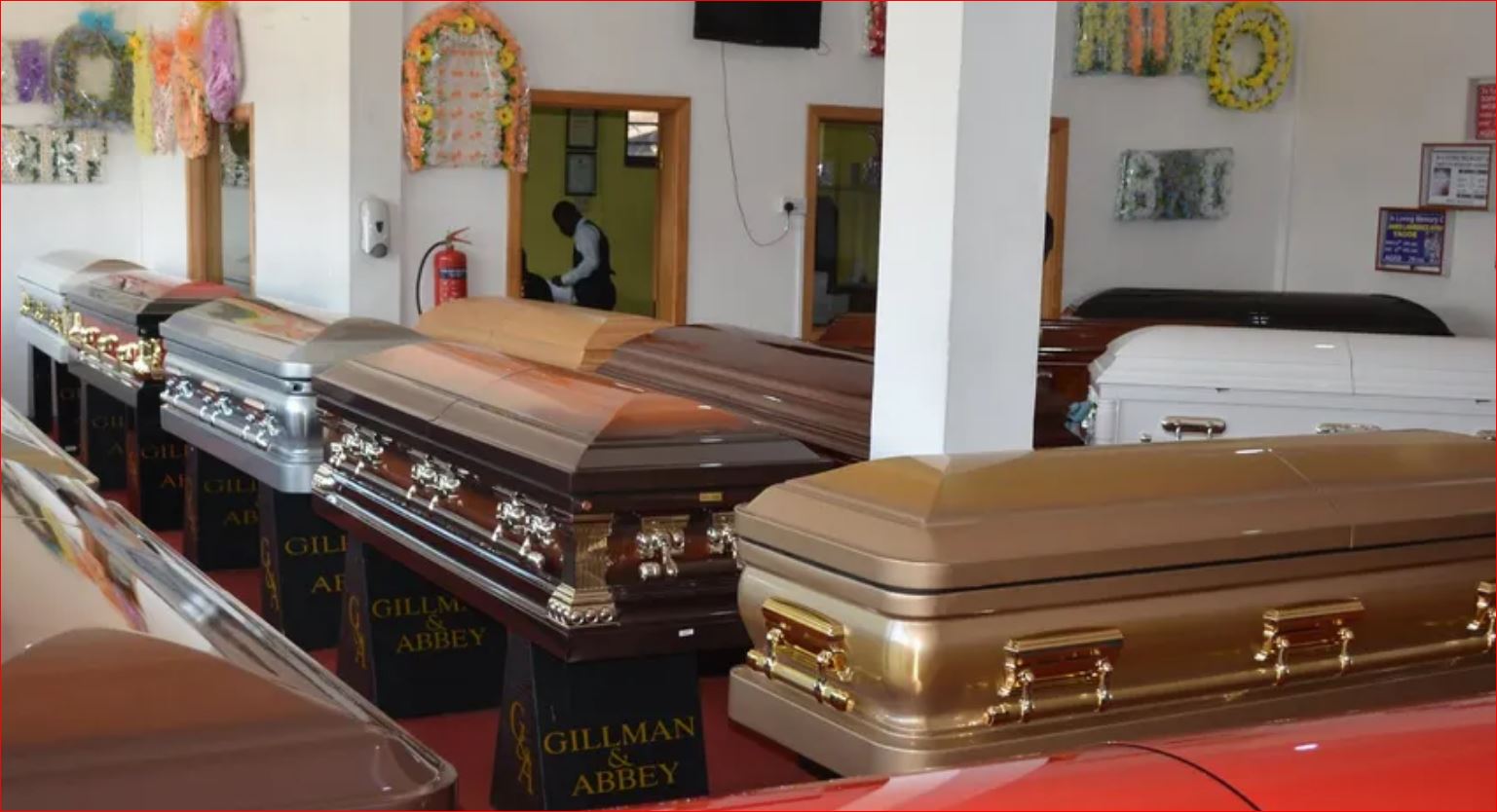 At Gillman & Abbey Funeral Service, its Managing Director, John Coffie, stated, “Everything is on a halt”.

“Business is not encouraging, and it is affecting us,” he lamented.

Before the curfew they were receiving 15 bookings weekly for services, but the first two weeks after the restrictions recorded zero requests.

“The whole of last week we didn’t have any funeral,” Mr Coffie noted. He expected the following weekend to be the same.

There were three requests for the preparation of bodies that were being preserved at his morgue to be collected by families on April 18.

They used to receive about four bodies weekly before the limitation of movements, but now they record two. The facility has a chambered mortuary with a capacity of 38 and a large cold room for caskets that can take up to 15 remains. 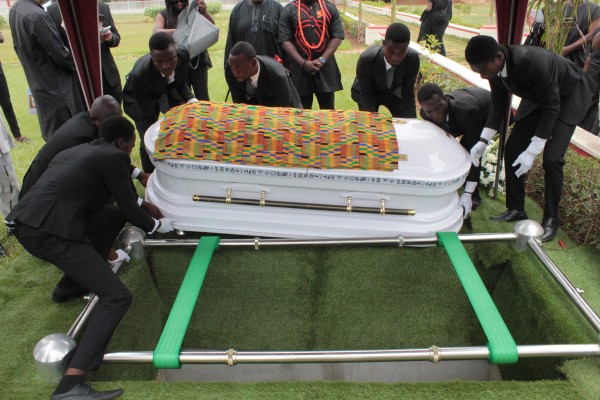 “Most of the funerals that were scheduled to take place during the time of the lockdown have been postponed indefinitely,” he told theghanareport.com.

Before the lockdown, the firm received 15-20 funeral requests over the weekend. They currently have just two to three private burials organised with 25 people in attendance.

They have 100 bodies in preservation at their 125-body private mortuary facility. They receive two to three remains daily from clients and preservation spaces are running out.

“Since we don’t have so many going out, the numbers in stock are going up every day,” Dr Arkutu stated.

He emphasised that they were “fully prepared to receive and treat bodies that had died due to COVID-19” as they have the necessary burial equipment and PPEs.

He admonished the government to draft a policy to guide all funeral homes on handling COVID-19 bodies.

At Ghana’s premier health facility, the Mortuary Manager, Mr George Denkyi, pointed out that usually, about 70 bodies are taken out from the mortuary on a weekly basis by bereaved families for burial.

The number has been reduced to about 30 since the enforcement of the lockdown. Meanwhile, the remains sent to the facility weekly are constant and range between 15 and 25.

“The rate at which the bodies are coming in is the same; it has not reduced,” he said.

Officially, the capacity of the morgue is 650 adult bodies, but they could expand to contain 1200 remains where there are stillbirths and children.

With fewer burials, the population of the morgue was 800 when theghanareport.com contacted the facility.

At the current rate, he fears the morgue could hit its capacity in a few months.

“It is not peculiar to Korle Bu, all mortuaries in Ghana are getting full,” he lamented.

He admonished families to choose private burials because it will ease the burden on families. That option is less expensive, and social distancing would be achieved.

“If people fail to adopt private burial and lockdown extends to the end of the April, they will not be able to have the large-gathering funerals that they want because immediately after the end of this month, the ban on drumming and noise-making by the Ga people will be in force by May 4,” ahead of the Homowo festival.

While many bereaved families are watching every move of the President concerning social gatherings, their mortuary bills will pile up.

It costs GHc 860 for the first month of preserving bodies in the morgue and GHc 20 daily, afterwards.

Mr Denkyi revealed that the facility would recommend to the Ministry of Health (MoH) to issue a directive for bodies that have been kept for over four months to be collected for mandatory private burials.

Failure to do so will lead to the remains becoming unclaimed.

He also suggested the use of video technology for burial services so that mourners could participate from home.