Sports Minister Isaac Asiamah has revealed that his Ministry cannot trace the source of funding for the New Edubiase Sports Stadium.

Former President John Mahama cut the sod for the construction of the 10,000 seater stadium back in 2016, but the project has since been left unattended, although the current government promised to complete the construction.

According to the Sports Minister Asiamah, the funding for the project was not captured in the budget for 2015 and 2016, and there is no evidence of sponsorship for the project.

Asiamah went on to disclose that a payment of one million, six hundred and fifty thousand, two hundred and seventy-one Ghana Cedis (GH₵1,650,271.00) had been received in cash by the construction company in charge of the project, Shakdeen Limited from the then Sports Minister, Nii Lante Vanderpuye. 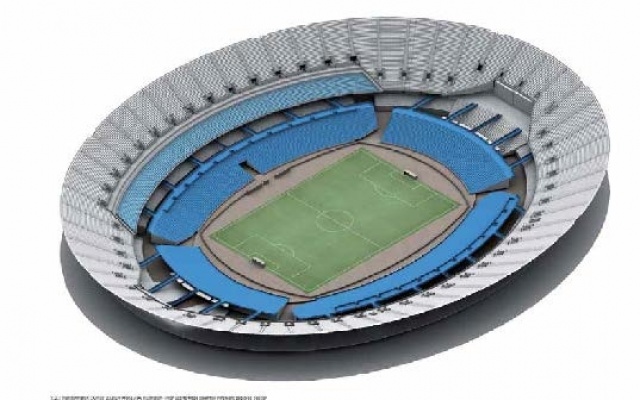 Earlier this year, Board Chairman of the National Sports Authority, Kwadwo Baah Agyemang, accused former Sports Minister Nii Lante Vanderpuye of concealing payments he made to Shakdeen Limited for the construction of the stadium

The matter has been referred to the National Security for investigation regarding the source of funding.

The Minister, however, stated government’s intention of following through with their promise to complete the stadium construction.

The Stadium, when completed, will be the sixth standard government stadia in the country, in addition to The Accra, Kumasi Sekondi, Tamale and Cape Coast Stadia.

It is also expected to serve as the home ground of former Ghana Premier League side New Edubiase United.