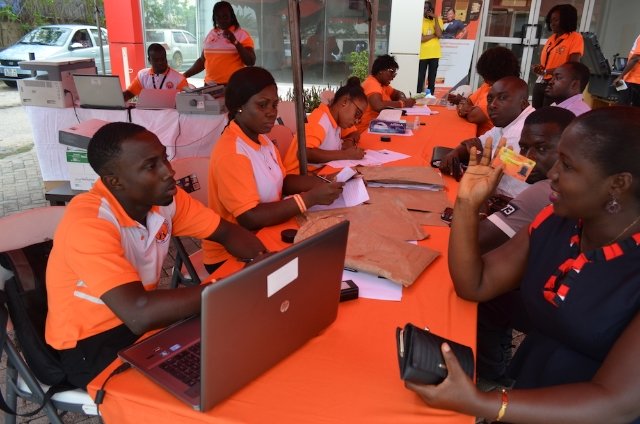 The Social Security and National Insurance Trust (SSNIT) has started a mass inspection and registration exercise which will run from October 8, 2018 to December 7, 2018.

Speaking at the commencement of the exercise, the Deputy Director-General, Operations & Benefits (DDG-Ops & Benefits), Mrs Laurette Korkor Otchere, stressed that it was the right of every working person in Ghana to have their employers pay their monthly social security contributions to SSNIT so they are not “left out” when they are due to retire.

The DDG-Ops & Benefits emphasised that those employers that failed to register their workers would be opening themselves up for possible prosecution even though this would be the last resort.

She was quick to add that the Trust was more interested in retrieving workers contributions rather than sending employers to jail.

The mass inspection and registration exercise will culminate in the “Hit the street campaign” from November 26 to 30, 2018.

During that campaign, staff of each Branch of the Trust will pay visits to establishments within their locality with the aim of ensuring that each worker is duly registered on the SSNIT Pension Scheme so that they would not be denied their due when they approach the retirement age or become disabled.

This week long programme is a key component of the Mass Inspection and Registration campaign and is in consonance with Article 3 (Section 1 to 3) of the National Pensions Act, 2008 (Act 766), which states that:

(1) An employer of an establishment shall deduct from the salary of every worker in the establishment immediately at the end of the month, a worker’s contribution of an amount equal to five and half per centum of the worker’s salary for the period, irrespective of whether or not the salary is actually paid to the worker.

(2) An employer of an establishment shall pay for each month in respect of each worker, an employer’s contribution of an amount equal to thirteen per centum of the worker’s salary during the month.

Thirteen and half per centum to the first tier mandatory basic national social security scheme; and Five per centum to the second tier mandatory occupational pension scheme.
The mass inspection and registration exercise is one of the many proactive approaches being used by the Trust to help it fulfil the key object of ensuring that all establishments and employees are registered and pay the required social security contributions.

This exercise will hinge on a three-prong approach of: