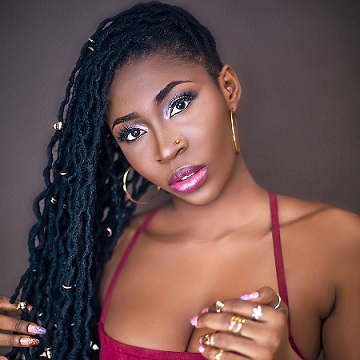 Stop comparing me to Simi, I am versatile – AK Songstress

Akosua Kwakye, an afro dancehall artist, popularly known as AK Songstress, has refuted claims that she is a carbon copy of Nigerian singer Simisola.

She claims that her versatility draws comparisons to many female artists.

The ‘Jonathan’ hitmaker argued that she has heard people say she sounds like other international musicians.

“I am not that kind of artiste that you can box. I have had people say I sound like Spices and Petra of Jamaica, and comparing me to Simi is actually a good thing, but as I said earlier, I am a versatile artist,” she said.

AK Songstress is known for dancehall, but with her latest single ‘Jonathan,’ the artiste appears to have switched to afrobeat.

“When I do something, I do it very well, and that was what I was doing with my dancehall songs,” the singer explained. “The problem is that the popular guys known for dancehall are not doing proper dancehall songs. Unfortunately for me, they had fed the masses with it, making it difficult to penetrate with my authentic songs,” she explained to Delay.

AK was signed to Paradise Entertainment in 2015, and she is currently promoting her latest single, ‘Proposal’.