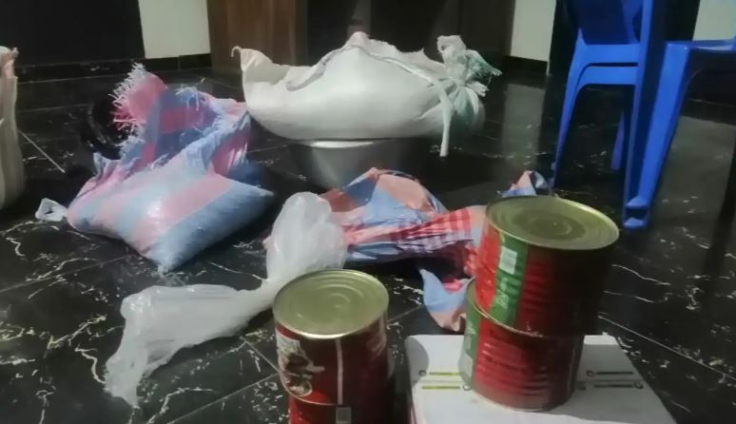 The police have arrested two persons in the North Dayi District of the Volta region for allegedly stealing food items belonging to the Sovie C.Y.O. Technical and Vocational Institute.

The suspects include the storekeeper of the school Elias Tsitsiwu, and Christian Mane, a taxi driver who was allegedly carting the food items away from the school’s store in an Opel Caravan with registration number G.R. 6243-T on Wednesday night.

The driver was caught by students of the school and some residents of the area while transporting the stolen food items to an unknown destination.

Upon arrest, the driver confessed to the act and said he was sent by the storekeeper, Elias Tsitsiwu, who happens to be the owner of the taxi he drives.

Narrating the incident on condition of anonymity, a student said, “Last night, I was going to bathe when I suddenly heard the whistle, and as a cadet member, I had to obey the whistle.”

“I got there, and there was a car fully loaded with our food, so we decided to push the car to the school. Then the man who stole the food -our kitchen storekeeper came begging us, but we refused,” he told StarrNews.

However,  he said things got dramatic when the driver of the Opel Caravan attempted to speed off with the items, forcing the students to jump into the car.

“The storekeeper, while begging us, told us that the driver would bring the car to the headmaster’s residence, claiming that the steering wheel was locked, but when the driver sat in the car, he switched on the ignition and started speeding off.”

“So my two other friends and I jumped onto the car with one person finding his way into the car and attempted struggling with the driver, but he pushed him onto the ground. So we started shouting while the remaining two of us cringed onto the top of the car,” he added.

Unfortunately, the driver had a tyre burst around the Anfoega Hospital.

At this point, town folks, including motorcycle riders, who heard the distress call from the two students, joined in the chase.

The two students chased and pulled down the driver, who attempted to abandon the vehicle even before the town folks and the police came in to help drag him to the police station with the vehicle and the items.

Meanwhile, the District Chief Executive for North Dayi, Edmond Kudjo Attah, has called on the police to ensure that the suspects are prosecuted.

The D.C.E. believes such actions, mostly undertaken by greedy, selfish persons, are aimed at sabotaging the government’s efforts to address the recent food shortage that has hit second-cycle schools across the country.

The two suspects are in police custody to assist with the investigation.