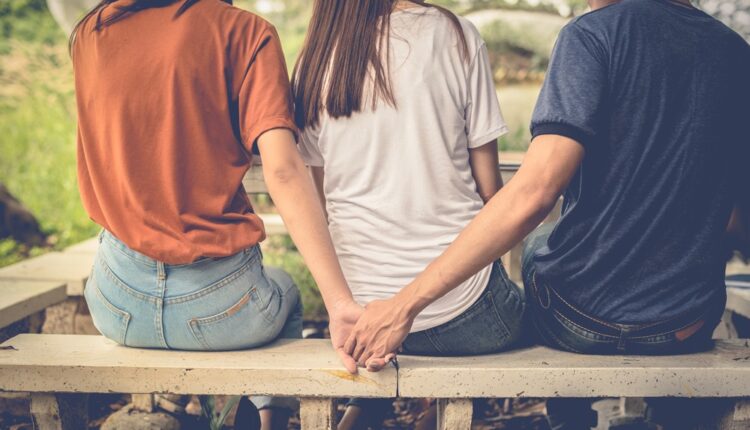 Story of the man whose wife approved of his 17 girlfriends

(As told to Saurabh Dalal)

My wife Shweta and I are a working couple. We embarked on a new adventure with a close friend couple by going on a weekend vacation to Ooty with them, where we swapped partners for the night.

However, this resulted in guilt initially and we realised swapping is easier with strangers than known people.

Ping! There was a message from a couple on The Adult Hub. I had chatted with them off and on through Messenger. They looked like a great couple.

We had decided to go on a short holiday in a seaside town, a well-known watering hole, which was near the city where they lived.

On a whim, I decided to message them and see if they could take some time out to meet us. He told me that he was travelling with his family but would be back late at night and would love to meet us the next day.

The home of strangers

The next morning I checked my messenger to find that he had sent us a message late at night at around 1 AM, to know if we were awake. I sent him a smiley and responded that we were now.

He responded by calling and inviting us home. He shared with us a couple of landmarks and the address. I asked Shweta. She was game to meet.

We sat out for his home at around 12 PM. It does take guts to meet a total stranger couple considering the crimes happening nowadays. It was an hour’s drive from our hotel.

He came to escort us to his home from the designated landmark. The lady of the house was busy in the kitchen when we arrived. He offered us a bottle of water, saying he likes to be informal. We liked that approach.

We settled down in their living room, even as his teenage daughter and younger son were walking in and out and completely at ease with our presence even though they met us for the first time. His wife entered, a sweet petite lady in her early 30s and a charming smile. It took us just a few minutes for us to feel safe and comfortable in their living room.

We sat to talk with them. They were experienced swingers who had been in the alternate lifestyle for some time now. Being in a city close to a tourist place, a lot of lifestylers (swingers) used to come for a vacation at the sea town. And over the years, this couple had developed some really good friendships with a few of them. They had friends who would drop in unannounced sometimes or maybe call to say that they were on their way. They entertained all of them with a smile.

And it was not necessary for them to swap partners always. Getting intimate was all about the level of attraction at that point in time. They had a couple of friends who would meet, have drinks together, dine and leave. Or come with kids and stay overnight with them. It was a regular social circle like any other.

Sometimes, especially on holidays, many couples would come in. Being well connected and local, the onus of arranging a party for them would fall on him. And he would readily arrange and manage the whole show. They had a great network of friends all over the country. They were not necessarily intimate with all of them.

I was really impressed by their frankness. We spent almost two hours with them. His daughter cooked some amazing biryani, while her mother chatted with us. She offered it to us and we ate it with great relish.

His girlfriends and her boyfriends

Finally, we took leave of them. He came out to drop us off and we started talking some more. That was when he dropped the bombshell. He had around 17 current girlfriends. His wife knew about all of them.

In fact, whenever he travelled to any city, his wife would inform them in advance so that he would not feel alone and meet those lovely ladies in his spare time. He joked that sometimes it would become a pain if she informed more than one of his girlfriends in a city because he would have a tough time juggling between them.

Recently, she made him aware of a married neighbour’s interest in him. And provided them space and opportunity for a dalliance. We were hardly done digesting this piece of information when he dropped another bombshell.

The second bombshell was that his wife too had her own lovers. They would visit their home in his presence and he would quietly retire to his room and give them space. She had even visited one of her married lovers in another city and stayed with his family for 2 days. All with the knowledge and consent of both of their spouses.

He went on to narrate several such more instances where both of them had accepted the presence of lovers in their lives and managed kids and other schedules to give privacy to each other. Yet the trust level between them was such that both had full access to each other’s mobile and messages all the time. And were always aware of each other’s whereabouts.

We had heard about ‘open relationships’ and ‘open marriages’. However, this was the first time that we actually were able to see them from close quarters and get an inside view of how Indian couples too were practising it without even having heard the term. It really was an eye-opener and changed the whole perspective of what we meant by ‘honest relationship’.

Affairs and cheating are fairly commonplace in marriage since time immemorial.

But what if a partner honestly confesses to the partner his or her feelings about another person and is able to convince them of their commitment to the married relationship at the same time? If such a level of communication can be established between two partners, there would be no need to cheat and destroy the existing relationships and trust.

We came away feeling that now we had seen it all. Little did we know!

How to Have Great Conversations