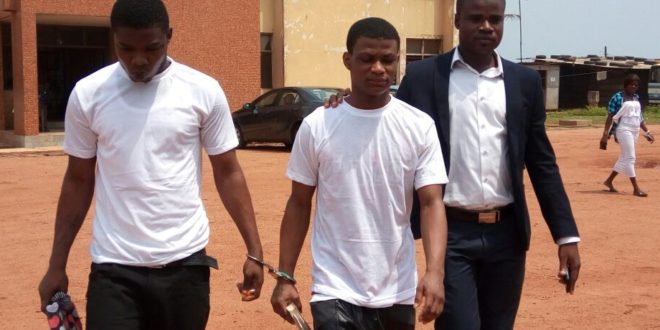 A security man for the late Abuakwa North MP Joseph Boakye Danquah Adu has made some startling revelations in the trial of his late boss.

Stephen Apraku Mensah admitted that he had dozed off while on duty on the said day his boss was murdered in his home.

But since he didn’t want to be seen sleeping, he decided to take a stroll but noticed that a ladder had been placed close to the bedroom of the Abuakwa North legislator.

For someone who had been working with the late MP for over 13 years, he knew that was not where the ladder was placed the night before the murder.

Knowing something was off, Apraku said he panicked and rushed to call the gardener, Kwame.

“It was the positioning of the ladder that made me realise that something was going on because that was not where we usually placed it. I tried calling the police, but my phone was off, so we used the gardener’s phone to call the police hotline 191.

“We gave them direction to the house, saying it was at Shiashie near Angie Hill Hotel. We were there when three police officers came around, and they asked us to call JB Danquah-Adu on his phone. We used the gardener’s phone to call him, and someone answered the call but did not say anything and ended the call.

“We called again, but nobody answered. We called for the third time, but the phone was off. The police then asked us to call his wife on the phone. She answered, and I told her that someone had placed a ladder in front of the house leading to the deceased’s sleeping place, and we have called the police who are in the house.

“We all climbed the stairs to the hall. We saw bloodstains of someone’s footprints moving from the deceased’s room to another room. We entered and saw JB Danquah lying flat on his back in a pool of blood beside his bed,” Apraku narrated sadly.

Apraku is the second prosecution witness testifying in the trial where Daniel Asiedu, also known as Sexy Don Don, has been charged with murder and Vincent Bosso slapped with abetment.

Prior to Apraku’s testimony on Thursday, May 6, the driver of the late MP Samuel Berko Sarkodie also testified.

The Accra High Court has since discharged the first prosecution witness.

The second prosecution witness will be cross-examined on May 18, 2021.