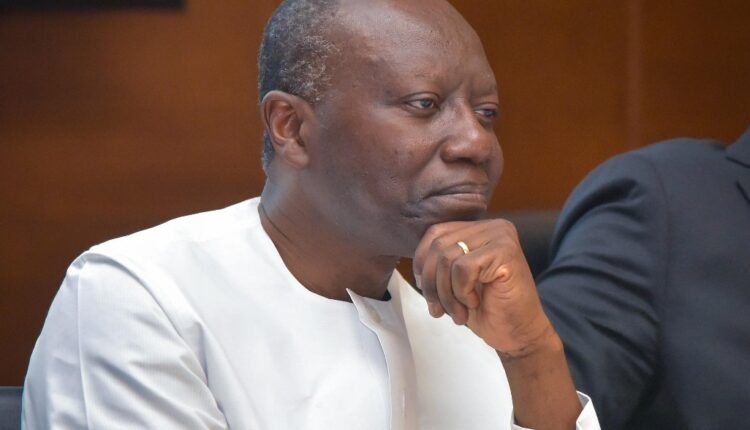 Says He Is Ready To Present Next Budget

Ghana’s recent economic woes are blamed on him; he is not capitulating nor wilting under the barrage of criticisms but in a strong fight to keep his job.

What makes this unfolding scenario a political thunderstorm is not so much related to opposition calls for his removal but significantly the stunner from his own party folks in parliament for the man to step down.

Well, the populace which bears the brunt of the economic meltdown did not know much about the factors behind Ghana’s economic difficulties except the palpable effect on livelihoods.

The complication of the Ken Ofori-Atta issue is even more related to the seemingly divided front of the governing party to which the minister belongs.

When the case was hauled into the debate of parliament on account of a motion for censure against him, there it became evident that the upper echelons of the party’s hierarchy were not prepared to leave the man at the center of the storm to chance.

The leadership of Parliament put forth a resolute defense for him, and the Speaker acquiesced to demands that the minister is given the opportunity of explaining his side of all matters arising.

The committee hearing his case had one week to wrap up its sitting and present a report as to whether the censure against him, in particular, is grounded in law, practice, and even precedent.

The case had moved from the domain of public opinion to parliament where the facts rather than emotions would have the sway. 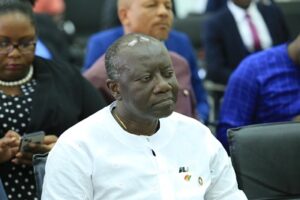 The stoic-looking minister whose professional career had stayed a steady course in financial management faced some of Ghana’s finest lawmakers in the investigation that seeks to pin on him, the weak performance of the Ghanaian economy, especially in the post-covid period from the year 2021.

The committee was jointly chaired by two legal luminaries, one each from the stock of the NPP and the opposition NDC, K.T Hammond and Dominic Ayine respectively.

He was not caught so much between the devil and the deep blue sea as a major platform on which he may be anchored appeared to come to his rescue, although not too explicit about that.

The majority caucus which had dropped a bombshell early on looked like changing position by saying the reasons for calling for the minister’s head were very different from those of the opposition.

That is also made subjective as the media maintained in reports that NPP lawmakers still wanted him out and that should the case move from the committee level to actual voting in parliament, the minister had no chance of surviving.

The encounter at the committee hearing was a tough one as the minister stretched every sinew and dug deep in his reserves to issue a spirited fight in self-defense. He did not keep a clean sheet though, by his admission that the economy was in difficulty, and apologized to the Ghanaian people.

This was dovetailed with a passionate appeal for an understanding that most of the challenges are exogenous. The crux of his argument was that no human being, indeed no professional is infallible, but what is most important is the tenacity to ride and steer through storms to a safe landing.

However, the fine talk of the minister does not turn the page on the economy. His fate hangs in the balance as he awaits a verdict by the committee after the one-week drill.

What are the charges being pressed against the finance minister by the opposition?

Critique of the Opposition case.

Critics of the opposition NDC have said that it is using the committee hearings to score political points by segregating factors underlying the economic situation from current figures.

Some of the questions allegedly clothed in politics related to comparisons of the national debt stock and inflationary rates between 2017 when power was transferred by the previous government to 2022 where the picture is the current situation under the succeeding government.

Following the public declarations by government appointees that Ghana was never going to the IMF for a bailout, the Finance minister faced tricky questions from opposition MPs on the committee who explained the government’s shifted position as pure failure to see that which was coming.

In response to this, Ken Ofori Atta said ” We are nearly through with the IMF negotiations. I am confident that once we conclude our debt sustainability program and secure a fund program, the nation will next year see the stability and fiscal space that can spur us back on a sustainable economic recovery and growth…”

Ken Ofori Atta says, most of the challenges faced by Ghana today were inherited and external. For instance, the legacy debt of the energy sector, direct covid expenditures, and the banking sector clean-up represent 23 percent of  Ghana’s debt service obligations.

The energy albatross relates to power purchase agreements for the excess capacity installed by the past government. On the downgrade of Ghana’s sovereign credit ratings in January 2022 which adversely impacted the markets, it was attributed to the delay in the passage of the E-levy. Quoting the Managing Director of the IMF, Kristalia Georgieva ” To the people of Ghana, like anybody else on the planet, all have been hurt by exogenous shocks.

First, the pandemic, then Russia’s war in Ukraine and what we need to realize is not because of bad policies in the country but because of a combination of these shocks.”

Some of the explanations given by Ken Ofori Atta on expenditures.

He said, the debt to GDP then was 56 percent and now 67 percent.

On the expenditure of borrowed money, he said the government had used it to fund infrastructure and flagship intervention programs such as Planting for Food and Jobs, One Constituency One Warehouse, and One district one factory among others.

Part of the amount had been disbursed on student enrolment in schools, school feeding and national identification programs, infrastructure for newly created regions, support ongoing fishing harbours in selected coastal towns, retooling the security services, recruitment of staff for critical sectors such as health, and education. He said also that the Cathedral project is 100 percent owned by the state as it falls under the Museums and Monuments Board.

He indicated that the release of some 220 million Ghana cedis out of the contingency vote for the construction of the building followed due process. He was lucidly clear that the amount was not sourced from the contingency fund.

The Finance minister also explained that expenditures from the contingency vote were not new and that the previous administration also tapped into it.

About fiscal recklessness, the Finance Minister said, he had never breached laid down rules but strenuous efforts had been made to protect the public purse. To this end, much has been achieved in all sectors including increased funding for anti-corruption institutions.

When doorstepped by the media after the sitting, the Finance Minister said something that probably will give his critics colic pain. He said, he is coming to parliament next week to present the 2023 budget, despite the opposition’s threat of boycott.