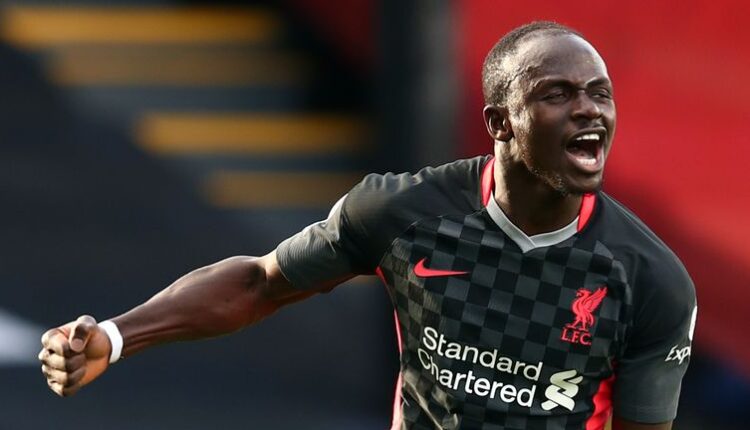 Roberto Firmino and Mohamed Salah both scored twice as Liverpool hit seven past Crystal Palace at Selhurst Park to go six points clear at the top of the Premier League table.

Firmino, Salah, Takumi Minamino, Sadio Mane and Jordan Henderson were all on the scoresheet as the champions overwhelmed Roy Hodgson’s side with a stunning away performance.

Liverpool raced into the lead in the third minute as Mane set up Minamino, who coolly found the bottom corner.

And the Senegal international then doubled the advantage in the 35th minute after a superb turn, before Firmino tapped home to round off a brilliant counter-attack on the stroke of half-time.

Captain Henderson curled in a fourth just after the restart before Firmino added his second after good work from Salah.

Salah headed home a sixth with nine minutes remaining, before doubling his tally with a brilliant individual effort moments later.

The Egyptian forward rounded off a brilliant team performance, as a scintillating Liverpool ensured they would be top at Christmas for the third consecutive season.

Liverpool last scored seven in a top-flight away game against Derby County back in 1991.

And the side that had been hit for seven at Villa Park in October were back to their brilliant best, creating attack after attack against a sorry Palace side to win away from home in the league for the first time since September.

Two days after being named Fifa’s men’s coach of the year, Jurgen Klopp gave a rare start to Minamino, dropping Salah to the Premier League’s first ever nine-man bench.

And the Japan international soon opened the floodgates, netting his first Premier League goal exactly 12 months after it was announced he would be moving to Anfield.

Mane and Firmino were both on target in a blistering first period, and the Senegal international seemed in the mood to score more, looking furious after being replaced by Salah after 57 minutes.

Henderson rounded off Trent Alexander-Arnold’s cut-back before Brazil international Firmino netted Liverpool’s fifth. And Salah then got among the goals late on, with an opportunistic header and a late curling effort.

There was also a cameo for substitute Alex Oxlade-Chamberlain, who made his first appearance since picking up a knee injury against Newcastle last July.It marked a perfect afternoon for the champions, who are now six points clear at the top of the table, with Southampton kicking off at 15:00 GMT on Saturday against Manchester City and Tottenham hosting Leicester on Sunday.

Palace have managed some famous results against Liverpool in the past – they were the last visiting team to win a league game at Anfield, back in April 2017 – but have now lost their past eight matches against the Reds.

The south London side were always going to be underdogs, but their performance was uninspiring – and defensively, they failed to deal with the pace of the visitors’ attacking options.

At 1-0, Jordan Ayew had a header well saved by Alisson, while the forward failed to find Wilfried Zaha midway through the first period, when a simple pass would have put the Ivory Coast winger through on goal.

Palace boss Roy Hodgson must be wondering how the game would have played out had former Liverpool striker Christian Benteke not been suspended for the fixture.

As it was, the Eagles were unable to hold the ball upfield to break Liverpool’s waves of attacks. The Belgium international will return for Palace’s game against Aston Villa.