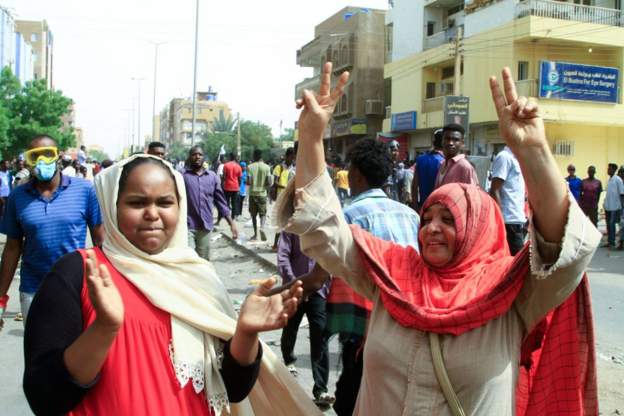 In a televised speech, he said the armed forces would not stand in the way of a democratic transition and was committed to working towards elections.

He said the military would no longer be involved in talks to end the country’s political crisis, with its place in the negotiations taken up by civil society groups.

But Gen Burhan fell short of giving a timeline of when the handover will happen.

It is a huge concession for the army, which has been under increased pressure from pro-democracy protesters who have been holding regular protests across Sudan.

The army seized power in a coup last October after ousting the civilian-led government of Prime Minister Abdalla Hamdok.

Gen Burhan has previously reneged on a commitment to a democratic transition.

Earlier the authorities freed 145 activists who had been detained during protests on 30 June.

More than 100 people have been killed since the military coup in October.