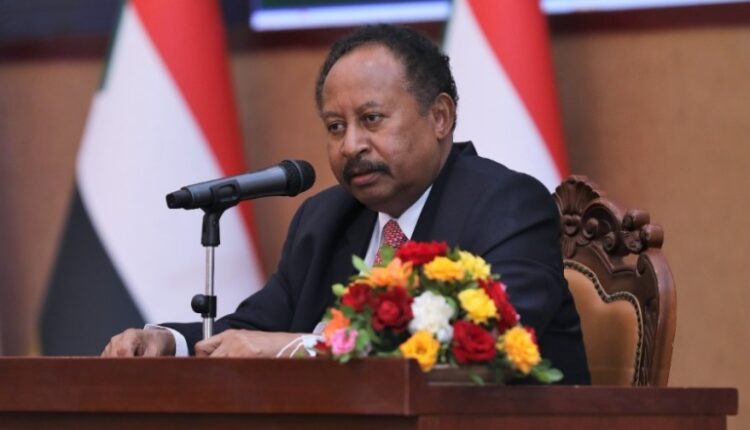 Sudan PM calls for halt to post-coup firings and hirings

Sudan’s newly reinstated Prime Minister Abdalla Hamdok has ordered a halt to the firing of civil servants and a review of all appointments made after his detention in last month’s military coup.

After the coup, al-Burhan dissolved key institutions and dismissed the heads of state media, public companies, and banks as well as many provincial officials.

Ambassadors who announced defections were also relieved of their duties.

Hamdok himself was placed under house arrest after the coup, which sparked a wave of mass street protests that triggered a deadly crackdown by security forces.

On Wednesday, Hamdok said in a statement he ordered: “an immediate halt to dismissals and hirings in national and local public institutions until further notice”.

The prime minister, who is still without a cabinet after returning to his post in a controversial deal with Burhan, said “recent hirings and dismissals will be studied and reviewed”.

Twelve out of 17 ministers from Sudan’s bloc calling for a purely civilian government resigned on Monday, rejecting Hamdok’s strategy of engaging with the military.

Despite the agreement that led to the release of a handful of politicians, dozens of others remain in detention.

Protest organisers have accused Hamdok of “treason” and have promised to maintain pressure on the military-civilian authority overseeing Sudan’s transition.

Activists have taken to social media to call for “Martyrs’ Day” demonstrations on Thursday in honour of the 41 protesters killed in the post-coup crackdown.

On November 11, al-Burhan formed a new sovereign council in which he and other military figures stayed on but members of the main civilian bloc were replaced.

Prior to the coup, the council had been charged with overseeing Sudan’s transition to civilian rule after the removal of longtime strongman President Omar al-Bashir in 2019.