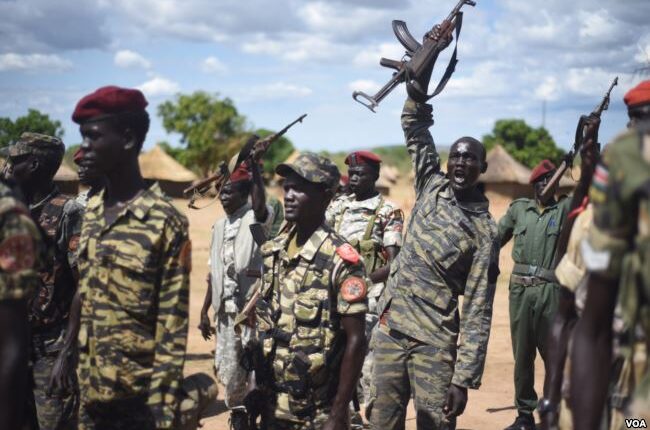 Sudan’s transitional government and rebel groups are expected to sign a peace agreement on Monday to end 17 years of conflict – despite boycotts by some movements during the negotiations.

Fighting between government forces and the rebels started in 2003 and has left hundreds of thousands of people dead. Millions have been forced from their homes.

Sudanese Prime Minister Abdalla Hamdok arrived in Juba on Sunday afternoon and met with leaders of the rebel groups ahead of the formal signing ceremony.

The peace talks have been delayed on numerous occasions following the death of former Sudan’s defence minister, Jamaleldin Omar, and the Covid-19 pandemic.

Two weeks ago some rebels boycotted the talks as the parties inched closer to a breakthrough. One of the major players who walked out of the negotiations was the SPLM-N led by Abdelaziz Adam Al-Hilu of Southern Kordofan.

The group said that the mediators did not heed to their complaint against General Mohamed Hamdan Dagalo, also known as Hemetti, the deputy chairman of Sudan’s Sovereign Council and commander of the paramilitary Rapid Support Forces (RSF) – a controversial figure in Sudan’s politics.

The group alleged that Gen Dagalo “was not neutral and not qualified” to head Sudan’s government’s delegation to the peace talks because “his forces were still killing people in different parts of Sudan.”