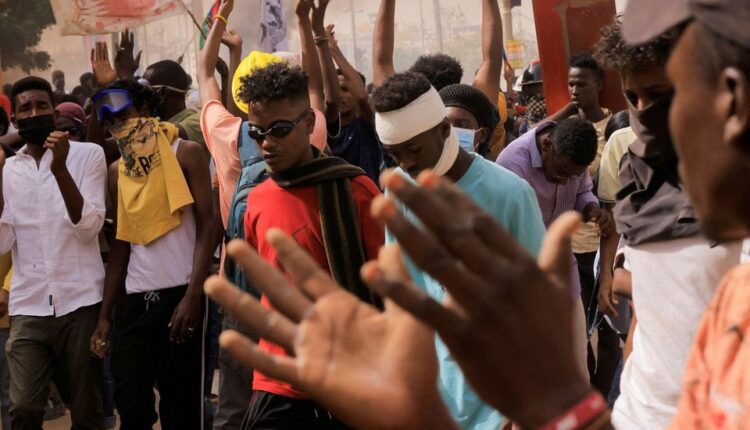 Sudanese pro-democracy groups are about to ask the country’s United Nations mission to help them integrate a paramilitary force and former rebel factions into a unified army, or disarm and demobilise them, a draft letter seen by Reuters shows.

The letter, drafted by the Confederation of Sudanese Civil Society Organizations, is backed by the main political groups sidelined in an October 2021 coup that ended a power-sharing arrangement between civilians and the military, its authors said.

The coup derailed a transition towards democratic elections after the overthrow of Omar al-Bashir in a 2019 uprising. It also triggered anti-military street rallies that protest groups are planning to intensify around the Oct. 25 anniversary of the coup.

The appeal, which supporters said would be sent in the coming days to the United Nations Special Represtentative in Sudan, Volker Perthes, focuses on the paramilitary Rapid Support Forces (RSF), and former rebel groups that established a presence in the capital, Khartoum, after signing a peace deal in 2020.

The letter asks the mission to develop an urgent plan to “initiate processes for reintegration, demobilisation and disarmament of the Rapid Support Forces and the armed movements”.

It says the the number of armies and militias in Sudan threatens peace and security in the region and that containing them was “one of the core competencies of the U.N. Security Council”.

It also noted a pledge in July by the head of Sudan’s ruling council, military leader Abdel Fattah al-Burhan, to step aside from political negotiations.

No new prime minister has been named since the coup, while the letter says security forces continue to perpetrate “excessive and unprecedented violence” against peaceful protesters with impunity.

Military leaders have said peaceful protests are allowed, protest casualties will be investigated, and that they disbanded the government last year because of civilian infighting.

At least 117 civilians, including many young Sudanese killed by bullet wounds, have died in demonstrations since the coup, medics aligned with the protest movement say.