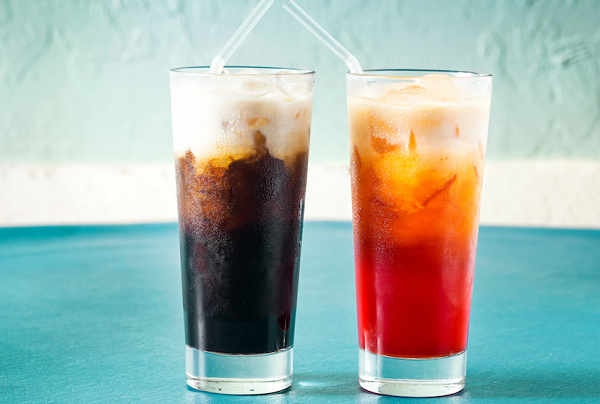 Sugar-sweetened beverages (SSBs) the world all over, but particularly in lower-and-middle-income countries (LMICs) is in great abundance and are available at our places of work, faith-based gatherings, our markets, and social events including children’s parties. SSBs are not only very available, but they are also cheap.

The rich and the poor can afford to purchase and use them. In homes, one can easily wipe the tears of a crying child as a SSB readily compensates for that cry.
These SSBs are liquids that are sweetened with various forms of added sugars like white or brown sugar, corn sweetener, corn syrup, dextrose, fructose, glucose, high-fructose corn syrup, honey, lactose, malt syrup, maltose, molasses, raw sugar, and sucrose. They usually come in the form of regular soda (not sugar-free), fruit drinks, sports drinks, energy drinks, sweetened waters, as well as coffee and tea beverages with added sugars.

Unfortunately, in Ghana and other LMICs, SSBs have become an attractive market for beverage companies owing to the rapid economic growth middle class, and youthful populations.

It is a known fact that over 70% of Africa’s population is under 30 years old. This is worrying if we consider what effect these sugar-sweetened beverages would have on the next generations. There is a plethora of research that has linked the consumption of sugar-sweetened beverages to the increase of non-communicable diseases (NCDs) such as obesity, type 2 diabetes, heart disease, high blood pressure, stroke, kidney diseases, non-alcoholic liver disease, strange cancers, most of which could lead to sudden and untimely deaths. Studies have shown that tooth decay and cavities, gout, and a type of arthritis are also associated with excessive consumption of sugar-sweetened beverages.

It is interesting to note that sugar acts on the same areas of the brain as alcohol and tobacco. Ample evidence suggests that the consumption of sugar creates neurological changes in the brain that also occur with addictive drugs. This releases chemicals that create euphoria and pleasurable feeling and thus might be expected to have addictive potential.

It is often assumed that sugar is an “empty calorie” but also now categorized as “energy dense nutrient poor” foods and it is my considered view that this does pose dangers to individuals and to society as a whole.

Studies have also shown that approximately 70% of deaths from stroke and 87% of stroke-related disabilities occur in LMICs and this can be traced to sugar-sweetened beverages. There is mounting evidence that Africa could have up to a 3-fold greater rate of stroke incidence than Western Europe and the USA during the century. It has also been observed that Africans between 40 and 60 years, who constitute the active workforce in middle to high-level management, now suffer more from a stroke. This has serious implications for individuals, their families, and society.

Evidence also suggests that sub-Saharan Africa (SSA) spends the least on healthcare despite having some of the highest disease burdens. Healthcare costs related to type-2 diabetes alone are expected to rise by 50 % between 2010 and 2030; to reach an estimated UD$2 billion by 2030. We cannot compensate profits for the health and future of our next generations.

In the past, the popular advice parent gave their children was that “if we want to smile or avoid dental caries, we should avoid sweets”. There was wisdom in this admonishment that could also apply to the consumption of sugar-sweetened beverages. Societal intervention to reduce the supply and demand for sugar will undoubtedly face an uphill political battle against powerful sugar-sweetened beverage-producing companies.

However, an active engagement of all stakeholders on the issue would be the first step. The time has come to openly have discussions on the impact of sugar on our overall health and well-being. Ghana and Africa-wide need consensus building and the promotion of local actions as well as innovations for addressing sugar-sweetened beverages in our urban and rural communities. The time to act is now.

The writer, Professor Francis B. Zotor, is at the Department of Family and Community Health
Fred N. Binka School of Public Health, University of Health and Allied Science. Email: fbzotor@uhas.edu.gh

9 Things You Should Never Say To Kids At Mealtime

The Truth About The ‘Three-Date Rule’

Travel Hacks That Actually Save Money

Leaving a Steady Job to Start a Freelance Career? Here Are 5 Things You Must Know.