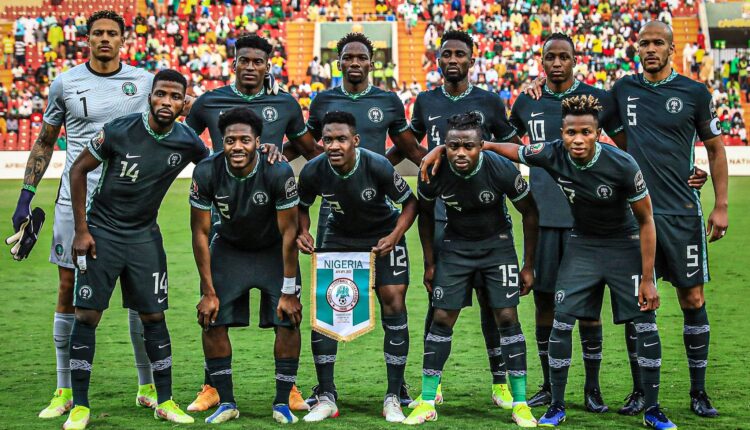 Super Eagles to arrive in Ghana on Thursday to face Ghana

The Super Eagles of Nigeria are expected in Ghana on Thursday, March 23, 2022, ahead of the 2022 World Cup playoff against the Black Stars.

The team is already in camp with 22 players as of Tuesday night with Leicester City winger, Ademola Lookman among those left yet to join the team.

Augustine Eguavoen’s side upon arrival in Ghana will travel to Kumasi for the crucial encounter against their West African rivals.

The Eagles will hold a training session at the match venue 24 hours before the game as stipulated by the competition regulations by CAF and FIFA.

The match is expected to draw more attention around the world and will be keenly watched by football fans in Ghana and Nigeria because of the rivalry between the two countries.

The reverse leg will be at the Moshood Abiola National Stadium, Abuja on Tuesday, 29th March from 6pm.

Nigeria who made it to the 2018 World Cup reached the round of 16 stage losing to Argentina.

Ghana won the last encounter between the two that was played at the Baba Yara Stadium in Kumasi was in 1990.

The Black Stars won that game by a lone goal courtesy Saara Mensah.