Disgruntled supporters of disqualified New Patriotic Party (NPP) parliamentary aspirants in the Ashanti Region have taken their case to their local deities for intervention.

One group representing Mr Francis Owusu Akyaw, an aspirant for the Ejisu-Juaben constituency, accused the party of allowing the incumbent MP, Ama Pomah, to go unchallenged.

They say that the vetting process was successful and so it was shocking to hear that Mr Akyaw had been disqualified.

Red-clad supporters, in their hundreds, amassed at Nobowam where the deity, ‘Asuo Abena’, is located and performed rituals in the river.

Kumasi FM reported that they slaughtered a sheep and poured libation as they requested the god’s to kill every individual who played a role in the disqualification of their candidate.

They singled out the First Vice National Chairman of the party, Mr F.F Anto, as the obstacle to Mr Achiaw’s ambitions.

They also impressed the deity to kill anyone who had collected bribes to influence the processes to favour certain individuals.

On the same day, scores of supporters of Dr Isaac Yaw Opoku embarked on protests which also ended with the invoking of curses. 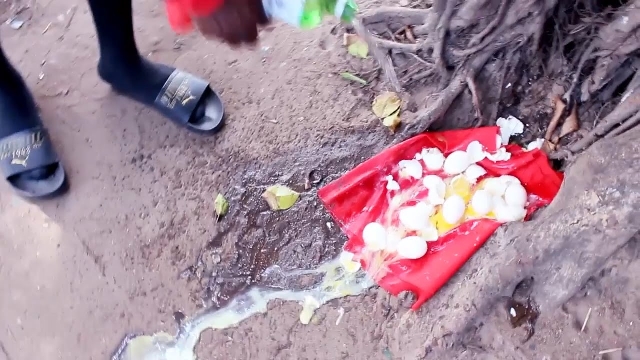 Dr Opoku is challenging the incumbent Offinso South MP, Ben Abdallah Banda. But he was disqualified by the party executives.

Leader of the group, Mr Offeh Collins Kingsley a.k.a ‘Hon. Bonti’, who performed the ritual at the bank of the Offin River said: “We invoke a curse on John Boadu, Mr Osei Kyei-Mensah-Bonsu, the Ashanti Regional Chairman, Bernard Antwi Boasiako (Wontumi) and any NPP executive if they attempt to declare Ben Abdallah Banda unopposed to prevent any of the two men from contesting him. His children, wife and his extended family members must be annihilated”.

They offered schnapps, a fowl and a sheep as a sacrifice to the gods.

Several aspirants have raised concerns that the regional party leadership is frustrating their efforts in a bid to allow some incumbent MPs to go unopposed.

Sekyere East, Asokwa and Bekwai are some of the other areas where such concerns were rife.

How long do you intend to protect sitting MPs – NPP questioned