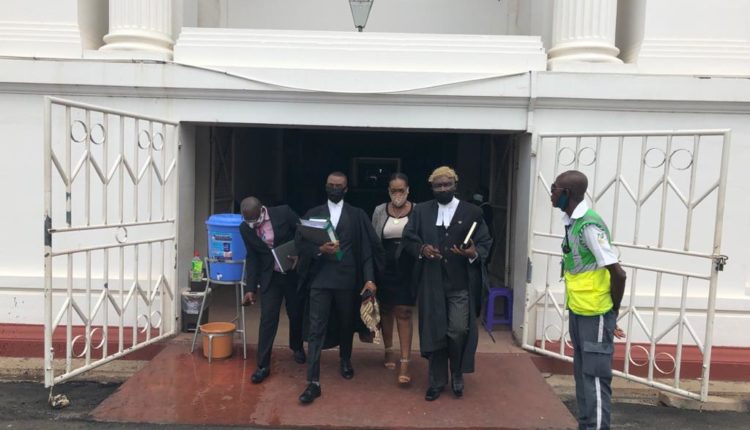 The Supreme Court has unanimously dismissed the Ghana Independent Broadcasters Association (GIBA) case challenging the right of  the state to set conditions for access to free-to-air TV broadcast.

The court held that the private broadcasters prematurely invoked its jurisdictions on a policy that is yet to be implemented.

The seven-member panel presided over by Justice Kwasi Anin Yeboah maintained that the plaintiff failed to properly invoke its (Supreme Court’s) jurisdiction.

GIBA sued in January 2020, decrying an attempt by the state regulator in breach of the media freedom, protected under Article 162( 3 )of the 1992 Constitution.

GIBA’s legal team led by Kwaku Owusu Agyeman had in writ demanded that the court declares as null and void the Conditional Access System introduced by the government meant to come into force by the end of the year.

Article 162 (3) stipulates that “There shall be no impediments to the establishment of private press or media…..”

Joined to the writ as defendants is the Attorney–General (A-G).

However, in the judgement delivered by Justice Sule Gbadegbe, the court held that GIBA’s invocation of the court’s interpretations mandate in Article 2(1) of the 1992 Constitution was a procedural error.

In the sparse courtroom filled with black flowing robes and masked lawyers and judges, the court gave its decision hinged on a preliminary objection raised by the counsel for the NCA, Garry Nimako-Marfo.

It was GIBA’s case that introducing the system meant that the government would block free-to-air media contents unless media owners met certain criteria.

That, according to the GIBA  constituted an unnecessary restraint on the establishment and operation of private media as enshrined in the 1992 Constitution.

But the court said GIBA failed to sufficiently show that the NCA’s decision affected the operation of its members.