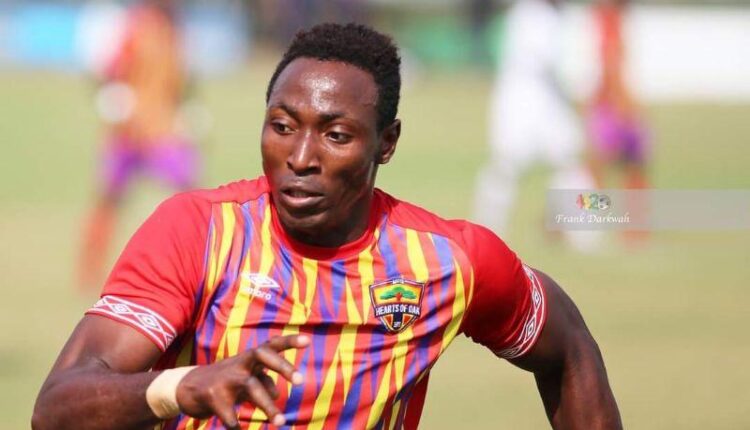 Hearts of Oak striker Kofi Kordzi has apologised to his club and the entire football community for his recent insubordinate behaviour.

In a release last Tuesday, Hearts indicated the striker had been handed a two-week suspension for violating the terms of his contract after he featured in a football match on May 14 without authorisation from the club.

The 27-year-old was seen playing in the Sheikh Sharubutu’s Cup- an event which was held in honour of the Chief Imam, the very day the ‘Phobians’ were playing their FA Cup semi-final game against Dreams FC.

Aside from his suspension, the former Al Muaither forward was also demoted from the first team and will be training with the junior side, Auroras.

On his official Twitter page, Kordzi has apologised to the club, the supporters and everyone he offended.

“I want to take this opportunity to issue a public apology for the choices I made weeks ago. I understand that my position as a professional footballer brings the responsibility of displaying the act of professionalism and being a role model.”

“As such, I want to apologise to my family, friends, football club, supporters, and the public for letting them down. It’s up to me now to restore your trust and I will do my best to show commitment every day on the training ground both now on suspension and after suspension and most importantly on match days as well. Thank you all once again for your immense support,” He wrote.

Kordzi has been out of the team’s matchday squad recently, even though he has scored seven goals in the ongoing Ghana Premier League campaign.