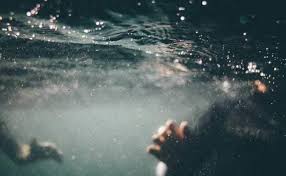 Two pupils of the Swedru AME Zion (B) Junior High School in the Agona West Municipality in the Central Region met their untimely death when they went swimming at Cottage Na-Grill Hotel at Swedru.

The deceased, Prince Yeboah, and Isaac Mbroh both 18 years were among 60 pupils from the school who went to the hotel to swim after vacation on Thursday, July 25, 2019.

Speaking to the Media, parents of the two pupils who lost their lives blamed the hotel managers for negligence and wondered why they allowed students to swim without any safety Guards at the pool side after charging them seven Ghana cedis each.

According to the them, management of the hotel reported the matter to Swedru District Police Command after depositing the bodies at Swedru Government Hospital without informing them.

The parents alleged the Police demanded some undisclosed amount of money to enable them (Police) to send the bodies to either 37 Military, Police or Korle Bu Teaching Hospitals for autopsy since there was no pathologist at the Swedru Municipal Government Hospital.

The parents expressed disappointment about the unfair treatment unleashed to them by the Police and hotel management and called for full scale investigations into the matter by the Ghana Tourist Authority (GTA) and security agencies to forestall the frequent deaths that occurred at the hotel to safeguard innocent lives.

He denied claims by the parents that the police failed to act because they could not pay the amount of money they demanded to send the bodies for autopsy in Accra.

Chief Inspector Mensah assured that the police would do everything possible to ensure that the bodies of the two students were released to the families for burial.