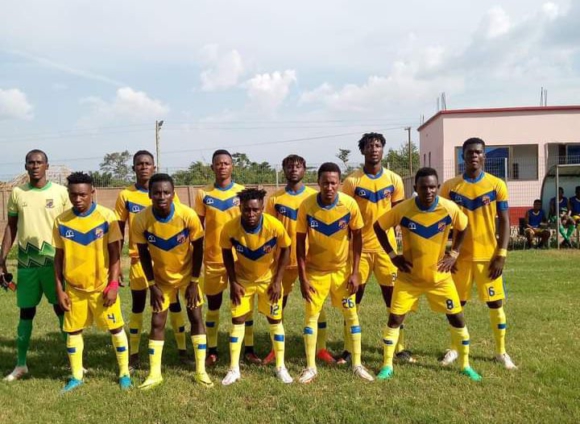 Division One side, Tamale City FC, has secured promotion to play in the upcoming 2022/23 Ghana Premier League season.

The club finished top of a three-team league play-off by the Ghana Football Association (GFA) to battle for a place in the Ghanaian top-flight league.

The selected teams that battled it out were Tamale City, Ebusua Dwarfs and Liberty Professionals.

The mini-tournament became necessary to have a team to replace Ashanti Gold SC, a club demoted to the Division Two League over match manipulation.

Tamale City and Liberty Professionals were both tied on three points ahead of the final game, while Ebusua Dwarfs were bottom with no points.

The Tamale-based club needed a win or draw to qualify as they headed into the final game.

After a 1-1 draw with Ebusua Dwarfs, Tamale City FC topped the tournament’s standings with four points, the highest of all the three teams.

The club joins Real Tamale United as the two teams representing the northern part of the country in the 2022/2023 betPawa Ghana Premier League, expected to commence on the weekend of September 9 to September 12.