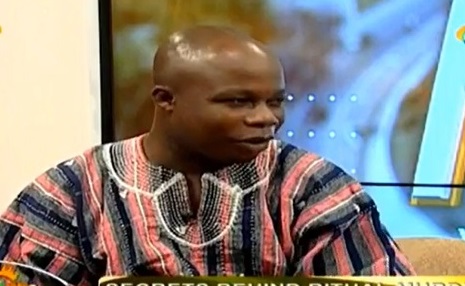 An Accra Circuit Court has denied bail to a 35-year-old taxi driver, Felix Ansah, who claimed to have killed several persons for ritual purposes on live television.

Counsel for the accused, Theophilus Donkor, on Thursday, September 16, moved a repeat application for bail for his client but was dismissed.

This was after the prosecution led by Inspector Princess Tetteh Boafo informed the court that the team had received fresh information which required more time to investigate. She prayed for the trial judge to further remand the accused.

But the request was shot down by counsel for the accused, who insisted that the request was in bad taste. He pointed out that the case against his client is more of a spiritual thing and should be admitted to bail.

The trial judge Rosemond Baah Torsu sided with the prosecution, explaining that the time given to the prosecution to reappear today (Thursday, September 16, 2021) was so short for the team to complete its investigation.

Counsel for the accused also drew the court’s attention to the fact that his client was not being fed in custody, but, in defense, the prosecutor mentioned that she was only hearing the concern for the first time.

She assured the court that the matter would be looked into.

The facts presented before the court were that the attention of the police was drawn to a statement made or published on the ‘Maakye’ show on Onua Television station by the accused to the effect that he buried a pregnant woman alive at Ashaiman.

Upon receiving this information, the prosecutor said the police launched an investigation into the matter, which led to the arrest of the accused.

Preliminary investigation revealed that the accused is a taxi driver and resides at Wejia, Accra.

During the investigation, it was also established that on September 2, 2021, on Onua TV’s morning show ‘Maakye’ with the host Captain Smart, the accused, in response to a question from the host, stated that he (accused) had killed several persons in the past.

“Additionally, the accused person also stated that he buried a pregnant woman alive at Ashaiman to perform a sacrifice for Alfred Agbesi, the former MP for Ashaiman,” the prosecution said.

However, the prosecutor said the police was yet to extend the investigation to locate the scene of the alleged burial and other persons mentioned by the accused person.