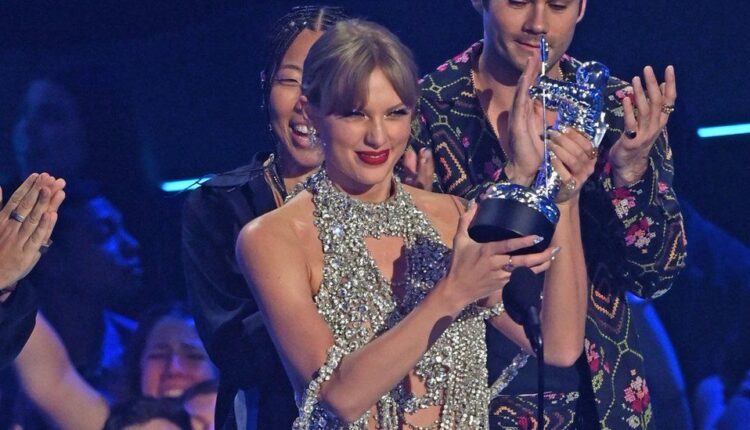 Taylor Swift announced a new album as she scooped the top prize at the MTV Video Music Awards (VMAs) on Sunday.

The singer won several prizes at the event including the coveted best video, for All Too Well (10-Minute Version).

Swift said she was “so honored” to win the prize, and took the opportunity to tell fans her next album Midnights would be released on 21 October.

Other winners included Billie Eilish, Lizzo, and Harry Styles, while Johnny Depp made a pre-recorded appearance.

Here are some of the highlights from Sunday’s ceremony.

Swift made her announcement in the final moments of the show, which was hosted by Nicki Minaj, Jack Harlow, and LL Cool J.

Accepting the night’s top prize, the singer said: “I’m so honored to have been recognized alongside such amazing artists and directors.

“I’m just so proud of what we made and with every second of this moment and we wouldn’t have been able to make this short film if it wasn’t for the fans.”

She added: “I wouldn’t be able to re-record my albums if it wasn’t for you… you emboldened me to do that.”

Swift is currently re-recording her first five albums in an effort to regain control of her music, following a dispute with music mogul Scooter Braun.

A newly-extended version of All Too Well, the video for which won three VMAs in total, was taken from the re-recorded version of her 2012 album Red.

Swift told the audience: “Because you’ve been so generous, I thought it might be a fun moment to tell you that my brand new album comes out on October 21.”

She later released further details of the album on her Twitter account. Swift described the new album as a “collection of music written in the middle of the night, a journey through terrors and sweet dreams”.