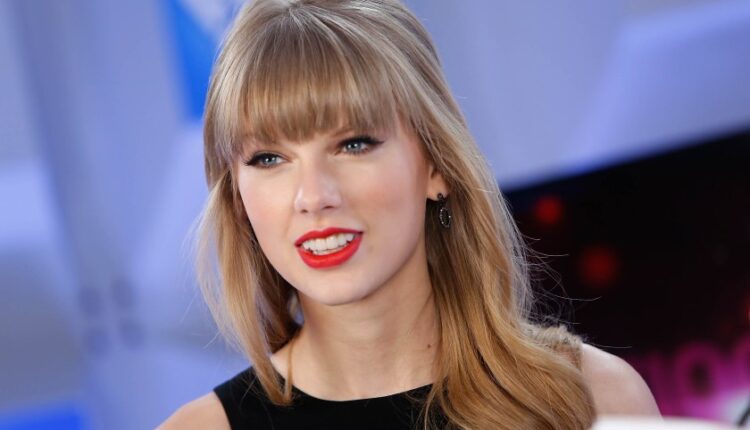 Taylor Swift may not have been present at the 2021 American Music Awards, but she still took home some hardware!

The “Willow” singer, 31, accepted evermore’s win remotely for favorite pop album at Sunday night’s show, and offered her fans a special shout-out in a pre-recorded video.

“Thank you so much to the fans, this is such an amazing honor. The fact that you would do this for evermore, I’ve always been so proud of this album,” Swift said. “I’ve always looked at evermore as sort of Folklore’s adventurous, fun younger sister. So, thank you so much for doing this.

Swift — who also won for favorite female pop artist — went on to thank fans for their support following the release of Red (Taylor’s Version), which hit shelves on Nov. 12, nine years after she initially released Red.

“Also, I just wanted to say to the fans, thank you for all the amazing support that you have thrown my way with Red (my version),” she said. “It’s been so much fun. I’m so lucky to be in your life and to get to have you in mine. Have a great night. Love you guys.”

With her two wins on Sunday night, Swift extended her record as the AMAs’ most-awarded artist ever, with 34 wins over the years.

The highly anticipated Red (Taylor’s Version) featured nine previously unreleased “from the vault” tracks, including a 10-minute version of the fan-favorite “All Too Well.”

At the N.Y.C. premiere of the short film, Swift thanked her fans once more for their support.

“Getting to re-release these albums is something I wouldn’t be doing if you hadn’t empowered me and emboldened me to do so,” Swift told the crowd. “You guys are so amazing about a very hard thing I went through. You guys turned a hard thing into a very, very wonderful experience. Now we’re going through the second time with the Red re-release: my version. And so all of this is happening because you made this happen.”