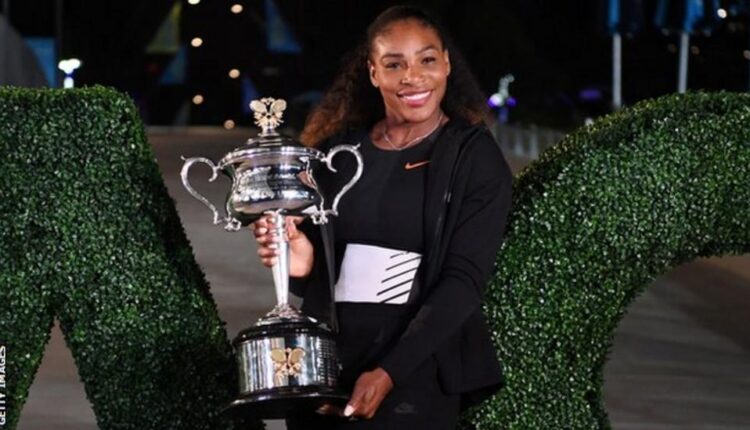 Serena Williams has suggested she is set to retire from tennis, saying she will be “evolving away” from the sport after the US Open.

Writing for Vogue, the American 23-time Grand Slam singles champion said she is moving towards “other things that are important to me”, adding she does not like the word “retirement”.

“I’m gonna relish these next few weeks,” the 40-year-old said.

Williams made her singles return at Wimbledon in June after a lengthy injury lay-off that had led to speculation about her retirement.

She says she will play at the US Open, where she has won six of her major singles titles, later in August.

Williams has won more major singles title than any female player in the Open era and the second most of all time, behind Margaret Court’s 24.

“Unfortunately I wasn’t ready to win Wimbledon this year. And I don’t know if I will be ready to win New York. But I’m going to try,” she wrote.

“I know there’s a fan fantasy that I might have tied Margaret that day in London, then maybe beat her record in New York, and then at the trophy ceremony say, “See ya!”

“I get that. It’s a good fantasy. But I’m not looking for some ceremonial, final on-court moment.

“I’m terrible at goodbyes, the world’s worst. But please know that I am more grateful for you than I can ever express in words.”

On Monday, she had her first singles win in 14 months, beating Spain’s Nuria Parrizas Diaz to reach the second round of the National Bank Open in Toronto.

‘It is the hardest thing I could ever imagine’

In the lengthy essay, Williams says she has been “reluctant to admit to myself or anyone else that I have to move on from playing tennis”.

“Alexis, my husband, and I have hardly talked about it; it’s like a taboo topic,” she wrote.

“I can’t even have this conversation with my mom and dad. It’s like it’s not real until you say it out loud. It comes up, I get an uncomfortable lump in my throat, and I start to cry.

“I know that a lot of people are excited about and look forward to retiring, and I really wish I felt that way. ”

In singles, Williams has won the Wimbledon and Australian Open seven times, along with six US Open trophies and three French Open titles.

She won her last Slam title at the 2017 Australian Open when she was eight weeks’ pregnant with daughter Olympia.

She says there is “no happiness” in the possibility of no longer playing tennis.

“I know it’s not the usual thing to say, but I feel a great deal of pain. It’s the hardest thing that I could ever imagine,” she wrote.

“I hate it. I hate that I have to be at this crossroads. I keep saying to myself, I wish it could be easy for me, but it’s not.

Williams nearly died in childbirth with Olympia but returned to the sport, reaching four major finals since coming back from maternity leave.

She discusses having more children in her essay, stating: “I definitely don’t want to be pregnant again as an athlete.

“I need to be two feet into tennis or two feet out.”