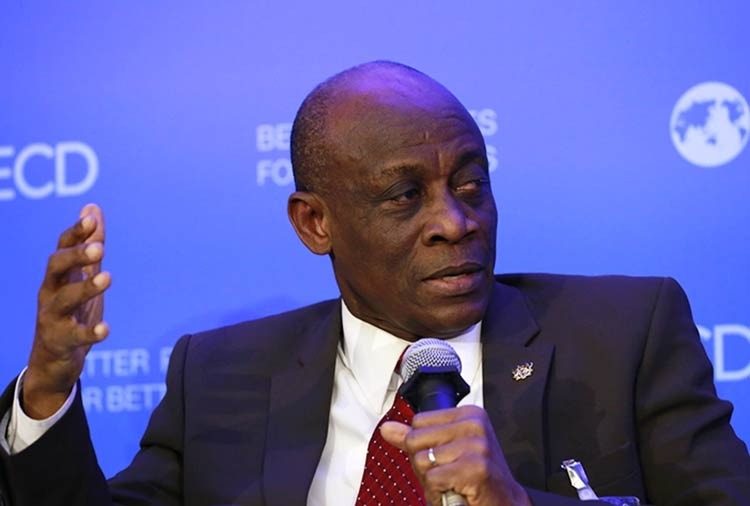 Former Finance Minister Seth Terkper says claims by the governing New Patriotic Party that it inherited a troubled economy are not factual, but that the facts show the opposition National Democratic Congress to be better managers of the economy.

The former Finance Minister told journalists that over the last four years, the rate of debt accumulation has increased despite the government touting much lower fiscal deficits compared to those of the previous administration.

“If your deficit is low, then your debt should be low. It shouldn’t be increasing. The first problem that started to arise was showing a lower deficit—because if you check the financing, you are borrowing to finance the deficit so your debt should not be going up,” he said.

According to Mr. Terkper, the government, in its attempt to paint a picture of exceptional performance in reining in the deficit, has excluded exceptional expenditure such as the cost of the financial and energy sector bailouts.

He added, however, that regardless of their exclusion from the computation of the deficit, these expenditures had to be financed, creating a larger public debt while creating the perception of a lower fiscal deficit.

Finance Minister Ken Ofori-Atta, in his mid-year budget, projected that the country’s deficit should reach double digits this year on account of the devastating effects of the Covid-19 pandemic, with the debt-to-GDP ratio expected to end the year in excess of 70 percent.

The Former Finance Minister argued that while the pandemic has brought its own challenges, the effects on the economy have been exaggerated, while the real underlying problem of mismanagement which caused the costly banking sector crisis is being concealed.

Mr. Terkper stated that before his administration left power, the Energy Sector Levies Act (ESLA) had already been conceived, and he questioned why the government did use the proceeds from the ESLA to bail out the distressed banks which were exposed to the energy sector during the power crisis.

In terms of oil revenue, for the greater part of the John Mahama-led administration, only the Jubilee Field contributed to the government’s coffers.

But Mr. Terkper argued that even with one oil field, the Mahama administration contributed more to the economy in terms of transfers to the petroleum funds, leaving behind an infrastructure fund created with proceeds from the oil revenue as well as funds to retire some outstanding debts.

“Despite getting less oil revenue, the Mills-Mahama administrations put in more money for the utilisation of the statutory funds,” Mr. Terkper said.

The former Finance Minister stated that government’s response to the pandemic would have been weaker but for measures such as the creation of the Ghana Stabilisation Fund and Ghana Infrastructure Investment Fund by the previous administration.