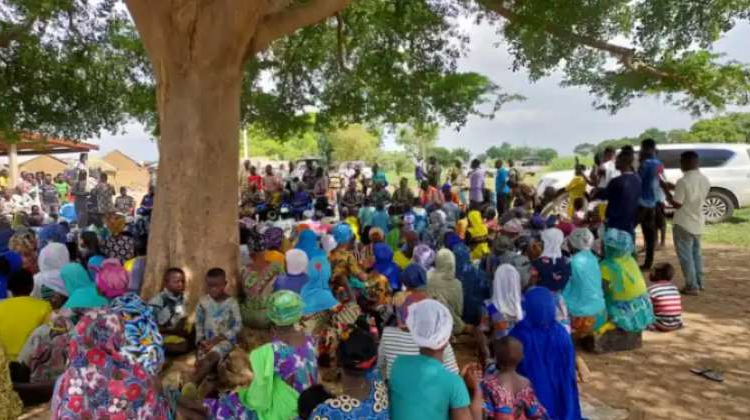 Over 1,072 people have fled from Burkina Faso to Ghana due to terrorist attacks on the border of the two countries, the District Chief Executive (DCE) for Binduri, Ayinga Abagre Yakubu, has revealed.

According to Mr Abagre Yakubu, who is also the chairman of the District Security Council, the trooping in of these people comes on the back of a recent terrorist attack in Konoku Township, which claimed two lives – a Ghanaian man and a Burkinabe – on July 13, 2022.

The DCE said as at the last time the District Security Council checked on 26 July 2022, about 1,072 people had crossed from Burkina Faso to Ghana, and they keep crossing.

“The numbers of people who flee to Ghana keep increasing. It’s a community that shares a border with Ghana, and the terrorist attack occurred on 13th July. It is the White Volta that separates Ghana and Burkina Faso, so most of the farmers cross the river to Burkina to farm and return to Ghana-Binduri,” he added.

He bemoaned accommodation challenges that have erupted as a result of the masses of people coming in.

“The Ghana Immigration Service has given them accommodation…the military keep patrolling the border, but they have limited accommodation”.

“The numbers are actually big, and so some of them sleep at the mercy of the weather while others sleep under mosquito nets. The health director has been able to provide mosquito nets, but it is the accommodation that is a challenge now”.

He explained that “some are now refugees because they are Burkinabe while others are not because they are Ghanaians who settled in Burkina for farming purposes and they are back as a result of the terrorists’ attacks”.

“The safety of Ghanaians in the face of complex security threats is a major concern to the government, and we are using a significant amount of resources to ensure that we keep our people and country safe. Considering what is happening in the West African region, it is important that we prioritise national security, and we have.

Whilst it will not be prudent to disclose the full cost of ensuring the security of this state, let me emphasise that it is significant. As a result, the Ghana Armed Forces (GAF) is implementing an enhanced surveillance program for the country’s air space and international borders through collaboration with other domestic security agencies.

To further improve internal security, the Ghana Police Service has recruited and trained 5,000 additional officers to put more police in our streets and communities. The Service has also launched the ‘‘SEE SOMETHING, SAY SOMETHING’’ campaign, intensified anti-armed robbery operations, and intelligence-led swoops throughout the country”.