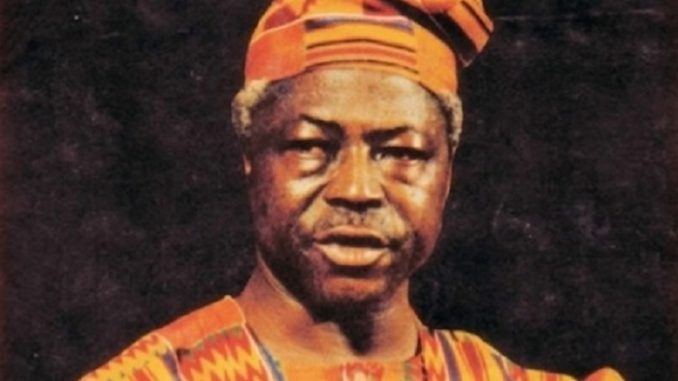 The 42nd anniversary of the 3rd Republic: A look back into history

A leader is best when people barely know he exists, when his work is done, his aim fulfilled, they will say: we did it ourselves. — Lao Tzu

Dr Hilla Limann arrived on the political scene in 1979 as a young ambitious diplomat who had served his country under several capacity in the foreign service.

Born and raised in Gwollu in the Upper West region, his steady climb to academic excellence was a long hard journey.

Orphaned at an early age, he took his destiny into his hand and turned his life around by doing menial jobs to raise funds to support his education.

By 1965, Limann returned to Ghana after obtaining degrees from the London school of economics and the University of Paris.

From very early in his life, Limann noticed the struggle of Ghanaians especially those from deprived areas as he was from. During those days, in the entire northern sector of Ghana, access to education was a major problem in the North as there was only one secondary school and it was located it Tamale.

Education and poverty was also very extreme in those areas with many families living in abject poverty . So, when the opportunity came in 1951, Limann stood as a parliamentary candidate for his constituency and lost unfortunately to his soon-to- be mentor Alhaji Imoro Egala.

In 1979, after series of military rule, Ghana once again at the threshold of an election for the first time since 1972. Alhaji Imoro Egala who after the C.I.A backed coup that toppled Ghana’s first president Dr Kwame Nkrumah managed to united all former CPP leadership and formed a new party which was supposed to be the offshoot of Nkrumah’s Convention people party (CPP).

This was a very significant feat in 1979 because at the time Ghanaians had developed nostalgia for the days of Nkrumah. Having achieved alot during his term of office, the CPP under Nkrumah had built massive infrastructural projects like schools, Hospitals, factories, bridges and the Great Akosomobo Dam finished in 1966.

Nkrumah’s vision was to transform Ghana into an industrialised nation with a single Generation but his socialist policies conflicted with  the Western powers who felt Nkrumah was a threat to their interests in Africa.

By 1966, Kotoka, General Ankrah and their cronies succeeded in toppling Nkrumah and the CPP, whilst Nkrumah was on a peace mission to Hanoi.

The mantle eventually fell on Limann to lead the People National Party after it later emerged that Alhaji Imoro Egala was banned from holding public office as a former official of the then banned CPP government.

Despite being a novice in the political area, Limann put together an effective team to coordinate his campaign and travelled the length and breadth of the country. His closest rival Victor Owusu on the other hand was a political giant.

Victor owusu led the popular Front party which was a rival faction to Nkrumah’s policies and again was an offshoot of the UGCC and the Progress Party.

Before the 18th of June 1979, which was the day of election, the stage was set for the epic battle of the rival political ideologies between the People National Party (PNP) and the Popular Front Party (PFP).

On the morning of May 15th 1979, Ghanaians woke up to the news of a failed coup attempt by Junior military Officers of the military. Led by Ft LT Jerry Rawlings, these junior military officers had tried to overthrow the government of the SMC 2 led by Gen Akuffo. Ft Lt Jerry Rawlings and his cohorts were arraigned in very publicised trial and it was on that trial that  utterances made by the young Ft Lt Jerry Rawlings won the hearts of the Ghanaians and some section of the military. By June 4th, a counter coup was initiated led by Major Baokye Gyan who released FLT LT  Jerry Rawlings detention and overthrew the leadership of the SMC2.

The Armed Forces Revolutional Council was formed and it Chairman was Ft Lt Jerry Rawlings who later saw the execution of the high profile Military officers and former heads of states. This act sent shock waves through out Ghana. At that point, it was obvious Ghanaians were fed up with the Military.

The die was cast for the 1979 elections in July. After a much publicised campaign and a run off, Limann and the PNP won the elections beating Victor Owusu and the PFP by a very substantial margin.  Limann was sworn into office on the 24th of September 1979 marking the beginning of the 3rd Republic.

Without much time, Limann was able to put together a team that formed his government. His cabinet team included such eminent personalities as Dr I.K Chinebuah, Dr F.K Buah, Col. David Zanlerigu, Prof. George Benneh and Dr John Nabila. It also had Dr Kwaku Andoh and Kwamina Ocran, to name but a few.  This was a formidable team that worked tirelessly under the leadership of Dr. Hilla Limann to turn the fortunes of the country around. It is therefore hardly surprising that as at the time of his overthrow in 1981, Limann had achieved a lot in two years. He had built the Kpone dam, constructed roads and major bridges, improved the aviation and shipping lines by buying additional fleets of planes and ships. He had ended the economic blockage that plagued the country before he assumed power and ended shortage of food and basic social amenities. The economy by 1981 was on track and more could have been achieved if the coup headed by Ft LT Jerry Rawlings hadn’t happened.

As to what the Limann administration would have achieved if it had been allowed its four year mandate can only be a subject of speculation. But one thing is for sure, the 1981 coup headed by FLT LT Jerry Rawlings was a derailment of the progress Ghana had chalked under the PNP administration.

Limann died on the 23rd of January, 1998 after an unsuccessful attempt to regain power through the 1992 election which saw Ghana return to constitutional rule under Ft Lt Jerry Rawlings. Limann was survived by a wife and 7 children.

In an effort to preserve his legacy and propagate his ideals, the Hilla Limann Foundation was launched in 2008 by his family. Numerous projects under the foundation have been planned and some put into effect to empower the youth and support them in various engagements relating to education, trade and leadership. The Hilla Limann Foundation has taken up the mantle of effecting positive change amongst the Ghanaian youth, one person at a time.

As we remember the 42nd  anniversary of the inauguration of the 3rd Republic, we can only hope that in this case, HISTORY doesn’t repeat itself with unmerited coup d’etats which brings only justified disruptions to nation-building and untold hardships to the citizenry.  We should continue to stay the course of constitutionalism that our great nation has embraced under the 4th Republic and cherish the only Nation we have by doing all in our power to uphold our Constitution.