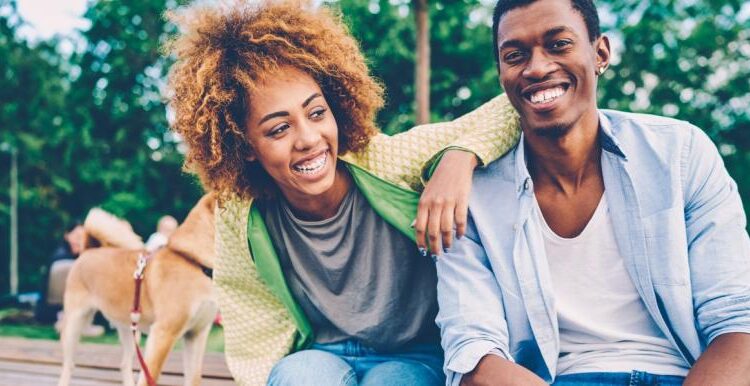 Is there a guy who flirts with you but never asks you out, leaving you wondering if you should ask him out again?

Maybe you met a man when you were out with friends, and he stuck by your side all night … but never asked for your number. Or a guy started messaging you on Facebook but hasn’t done anything more? And it’s driving you crazy!

Why do men do this? They act like they have a romantic interest in you, but don’t take that important next step to go out with you.

This happens to every woman looking for love and is a common and frustrating dating issue. You’re spending time maybe even hours talking with your girlfriends trying to figure out why he hasn’t asked you out.

My heart goes out to you, and I feel your pain. I was single at 40 and this kind of male behavior leads to a lot of anxiety. I’ve been in your shoes and the mixed signals men send can push your buttons as nothing else can.

Most women start guessing why a man is holding back. Chances are, you end up thinking, “He must be shy. Why else would a man flirt, text or message so much but never ask me out?” This is certainly a logical conclusion, and I understand why you landed here.

But as a dating coach, one thing I know for sure is that 99.9% of men who seem interested yet don’t ask you out do have a reason.

Here are several possible reasons that may be keeping him from taking that next step with you.

1. He already has a steady girlfriend, a woman he lives with, or a wife.

2. He doesn’t want to date or get into a relationship right now.

3. He’s just boosting his own ego by flirting or texting with you and others.

4. He thinks you’re attractive and fun, but not his type.

5. He’s fantasizing about you without physically cheating on another woman.

For the most part, if men aren’t happy with the status quo, they take action to change it. That’s what men do — they go after what they want. They pursue the women they want to date (or at least sleep with).

So does this help you more fully understand that if he’s not asking you on a date, it’s because he just doesn’t want to?

Think about it. If he were too shy, would he be brave enough to flirt? Would he reach out to you on Facebook or on a dating site? No, not at all.

He’s manly enough for those things, which means he’s brave enough to ask you out. He’s just choosing not to.

OK, I hear you. Maybe he is afraid of rejection. Maybe he was emotionally beaten up by his last relationship and now feels “gun shy” about asking you out. Or maybe he hit a bad patch and no one has said yes to him recently. As time goes by, he’s less likely to take a shot in case he might get rejected again.

Hmmm, does that sound like the kind of confident man you want to spend time with? I hope you just said, “No.”

You feel a compelling urge burning in your soul that must be acted upon.

So if you’ve already asked a man out once, should you ask him out again or wait?

Never, ever ask the same man out more than once!

If it turns out that he was shy or afraid of rejection, asking him out will let him know you like him. You are now a sure thing. No matter how much fun you both have if you go, do not ask him again.

That’s why you shouldn’t ask a guy out more than once because if he knows you’d say yes, and that’s still not enough motivation to get him to ask you out again, then take that lack of action as a sign. It’s a clear message that he doesn’t want more … with you, or maybe anyone.

That said, when it comes to dating apps, if 7 to 10 days have gone by since you first “matched,” asking to meet is a time saver.

He’ll either agree or disappear. However, do not continue to text without a date being set, because he’s just going to waste your time.

The difference with dating sites and is this first encounter is not a real first date.

You are simply cutting through further fruitless communication (even if it is fun) to meet. Most experts refer to a first meeting as “Date Zero,” because it’s not considered a first date until he asks you out. Once he meets you, sizes you up, and asks if he can see you again, bingo — that’s a first date! It means he has taken the step to pursue you and get to know you better.

Some strong, successful women think gender equality means there’s no longer any reason not to ask a man out. I hope after reading this post you get that letting the man pursue you works best. That’s the only way you’ll ever know if he’s really interested.

The proof is in his pursuit, and nothing else counts.

How long should you wait to ask to hang out again?

After five to six dates, you can initiate on occasion. Once in a relationship, everything equalizes and you won’t have to hold back.

But initially, it pays off big time to let a man lead and ask you out to discover if he’s wasting your time, boosting his ego or serious about getting to know you.