On the last Sunday before Lent, Dr. Leticia Adelaide Appiah was up early and the first to be ready for Mass in her home, a government bungalow in the affluent Cantonments neighbourhood of Accra, the capital of Ghana.

Christ the King Catholic Church, opposite Ghana’s presidential palace, is a six-minute drive away, and in the days before coronavirus restrictions caused churches to shut, she was also a regular at weekday Masses.

Dr. Appiah’s 77-year-old mother, Susanna Kankam, said of her daughter: “She is a cradle Catholic. We baptized her two weeks after she was born.”

Catholicism is a central part of Dr. Appiah’s identity, yet in her line of work, she is actively defying one of the Vatican’s longstanding doctrines, which “condemns as always unlawful the use of means which directly prevent conception.”

In her position as the executive director of the National Population Council in Ghana, she is the constitutionally mandated, independent, public health official responsible for advising the government on all matters of population.

Concerned that out-of-control population growth will curb her country’s development, the self-described “terrible introvert” has become Ghana’s advocate in chief for contraceptive use and family planning since her appointment in 2016.

Managing fertility is a serious issue in Ghana, where the population has soared to about 30 million, from around 12 million in 1984, and where only 20 per cent of reproductive-age women or their partners use a modern family-planning method.

In light of that, the Roman Catholic Church’s recommendation that couples practice natural family planning, in which they have sexual intercourse only when the woman is not ovulating, does not sit well with Dr. Appiah.

“The problem with the Catholic faith is that because we have named the product contraception, we think that it is against life and we think that it causes abortion,” Dr. Appiah, 55, said at an after-Mass lunch with friends. 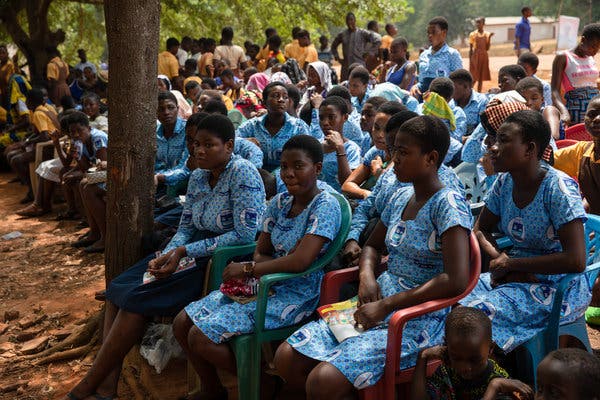 For that stance, she has been described as the “Antichrist” by one priest, she said, and “had some people saying that ‘She has no children, so she is envious of us.’”

In fact, Dr. Appiah has three daughters, Suzzie Owiredua Aidoo, 31; Tracy Asomani Wiafe, 24; and Sharon Adelaide Asomani Wiafe, 21. (She is reticent about her family life, saying only that she is currently married, but not to the father of her children.) 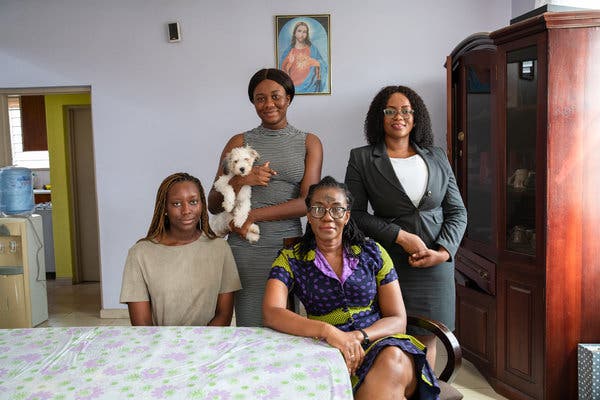 The Catholic Church has a large footprint in Ghana, including in education and in medical services. In those spaces, she “wouldn’t even dare to talk about the other side of it,” meaning artificial contraception, said the Rev. Lazarus Anondee, Secretary-General of the Ghana Catholic Bishops’ Conference, adding that she, “will speak the Catholic way.”

But Dr. Appiah says she believes that her advocacy work has divine backing, too. “I think God has a sense of humour,” she said with a chuckle. “To let a Catholic do this is bizarre.”

She acknowledges that the criticisms “will hit you a little, you’d be a bit low but then you go for Mass in the morning, and you talk to God and ask Him: ‘Do you really want me to do this?’”

In fact, Dr. Appiah herself is uneasy about the word contraception. It puts a lot of people off, she said, adding that she preferred “planception.”

Babies “are not byproducts of entertainment, they are supposed to be planned for,” she said, reflecting her belief that, in addition to health matters, family planning was also an important aspect of women’s economic empowerment.

Dr. Appiah was born in Accra in 1964, to royalty on both sides of the family. Her father was an important chief, called a paramount chief, in eastern Ghana, while her mother, who became an elementary-school principal, is a member of a royal family in a different part of the country.

From a young age, she had a good idea of what she would do in the future, she said. She did well in school, she recalled, “and if you were a woman, then, of course, it is medicine.”

But her academic success was not always celebrated. As a teenager, she had an awakening when she transferred from a girls’ school to the prestigious coed Achimota School to complete her secondary education.

“If you happen to beat the boys in math and physics and get the prizes, then you become a ‘witch,’” she said. “Men don’t take it lightly when women are excelling.”

She overcame that, however, to earn a scholarship to study medicine in what was then the Soviet Union. When she arrived in Donetsk, in eastern Ukraine, in 1985, Mikhail S. Gorbachev was newly in place as the Soviet leader and she said she still fondly remembered his television broadcasts about perestroika, the political and economic reforms that were aimed at revamping the sluggish economy.

On hospital rounds in Ukraine, the happiest place was the labor ward, she said. “It was flowers; it was laughter; it was joy,” she recalled. “You could see that these babies were surrounded by love and happiness.”

She returned home in 1993 with the idea of training as a gynecologist, but arriving in Ghana, she said she experienced “the rudest shock of my life.”

The maternity wards in Ghana bore little resemblance to those in Ukraine. “Babies were born and their fathers wouldn’t even come,” she said. “They were abandoned, and the babies would come back months after delivery, malnourished.”

The stark differences went beyond the wards. The fertility rate in Ghana was at least several times higher than the approximately 1.5 births for the average Ukrainian woman in the 1990s.

Dr. Appiah’s mother had two daughters with her father, but as a tribal chief, her father had many more children with his seven other wives.

“We were so many, so you don’t even feel like royalty,” she said with a belly laugh. “My father was very busy populating the country.”

The jolt of returning to Ghana inspired her to change her specialization from gynaecology to public health.

She obtained a master’s degree in public health in 2003 and rose through the ranks to become the health director of a large district of Accra. She completed a doctorate in 2018 in public health, conducting research into long-acting reversible contraceptives.

But some of her other proposals have not been received as well, such as limiting couples to three children and prohibiting benefits like free public education for any additional children.

“The government should pay only for up to three children because after three, maternal mortality increases,” she said. “The subsequent ones, the people pay full cost recovery.” She emphasized that this policy should be adopted only after free family planning had been made available to everyone.

The plan has been met with outrage in some quarters. “The proposal is as impractical as it is fascist,” said Nii Moi Thompson, the former Director-General of the National Development Planning Commission of Ghana. “Family planning is good, for those who need it, but it shouldn’t be misused for such an abominable agenda.”

But perhaps Dr. Appiah’s greatest challenge has been the introduction of a programme called Comprehensive Sexuality Education in Ghana’s schools. It was set to begin last fall until a misinformation campaign with links to American evangelical groups contributed to the government’s withdrawing it.

The president of the Ghana Pentecostal and Charismatic Council, the Rev. Paul Yaw Frimpong-Manso, described the curriculum as “comprehensive satanic engagement” that would introduce school children to homosexuality. In Ghana, homosexuality is illegal.

The programme would have introduced concepts like consent and gender equality, while putting a greater focus on safe sex and contraceptive use rather than abstinence in a bid to reduce the high teenage motherhood rate. In Ghana, 14 percent of adolescent women are already mothers or pregnant with their first child.

So far, the Catholic Church has not reprimanded Dr. Appiah, but that may change when she meets with bishops after coronavirus restrictions on gatherings are lifted.