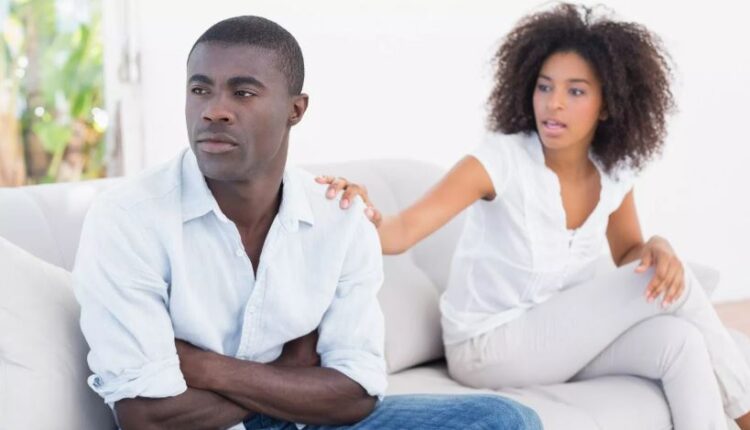 We don’t need them for materialistic things or money because we can provide that for ourselves. All we need is their love, their encouragement, and positive energy.

But most of the time, they can’t even fully give us that. How many times have we been through this cycle? And do those relationships ever last long-term? More than likely, no.

No matter how hard you try to put the effort into that relationship the closeness is never fully there and that’s key to a healthy romance. It’s hard to accept the fact that they just can’t give you what you need and you know that but you can’t seem to tear yourself away from these types of men.

Women choose emotionally unavailable men because they want to. And they do it unintentionally. But if you actually think of the small reasons behind these decisions you might not even recognize, it all makes perfect sense.

They won’t hinder your lifestyle. You somewhat hold the power and that puts you on top. Most of the time independent women are busy ladies who have limited time to spare.

They won’t argue with you or become clingy simply because they just aren’t all there to say anything back. They won’t restrict you, they’ll allow you to do what you normally do.

At first, it’s nice having someone pay attention to them because the conversations don’t have deep meaning. You’re in the beginning stages and nothing is serious. It always seems perfect because you both don’t want much of a commitment.

Independent women traditionally have a safety net and like to stay at least arm’s length anyway. These women have either experienced one hell of heartbreak once or a few times before or have known women to do the same. So, to avoid falling into that trap again, they keep their men semi-distant.

Emotionally unavailable men won’t have an issue with that because they too aren’t able to open themselves up like that as well. But slowly and surely the women will always cave and their barriers will be let down, and once they realize he can’t be there emotionally like they thought they would be at the same time, it causes issues.

Despite vowing to never be that woman who loves so hard she loses herself, she still wants that companionship and emotional availability. They might come off to the world as a strong woman who doesn’t need a man by any means, but deep down she wants to be loved too and hopes she can get someone who will love her the way she deserves. But she can only put on that front for so long.

Meanwhile, the men think this is great because they don’t have to put in as much effort as they normally would with a woman because of how things start out. Once they change, the problems start. He didn’t expect the independent women to become the “clingy” woman he didn’t want and they struggle with that, which will cause the independent woman too as well.

So as you can see, women choose the emotionally unavailable man because it seems like an easy selection because of the beginning stages.

Once the relationship finally starts progressing that’s when the problems of the man come into play and result in heartbreak again. It’s hard finding a delicate balance, but sometimes you just have to stay single and wait for a man who can eventually give you what you deserve. Just because it’s easy to get, doesn’t mean you can easily keep it.