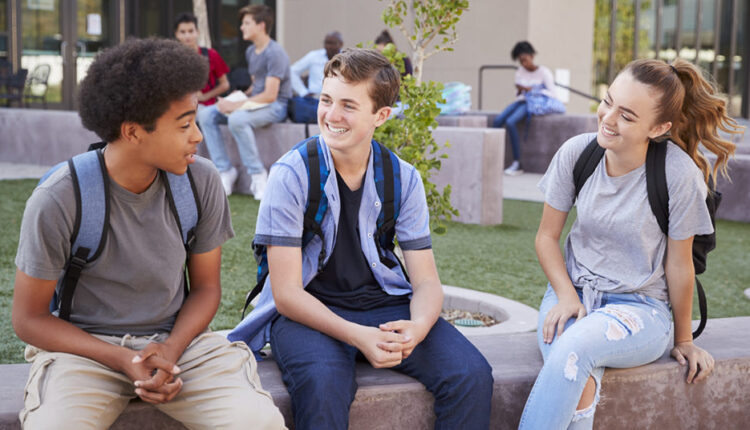 The Scientific Reason You Were A Hot Mess In Middle School

Though you probably feel entirely justified in your conviction that your early 20s or middle age are definitely the most difficult time of life, a new study has shown that it’s actually middle school-aged kids that have the hardest.

Or rather, it’s parents of middle school kids that have the hardest time.

Either way, it’s the scientific explanation you’ve always been looking for: it’s not your fault you were a mess way back in the day.

Here is the scientific reason you were a hot mess in middle school:

The study, which was conducted by Arizona State University and published in Developmental Psychology, followed more than 2,200 educated mothers and children, ranging in age from infancy to adulthood.

The study evaluated the parents’ well-being, parenting skills, and overall feeling toward their children.

The researchers found that mothers of middle-school-aged kids, between 12 to 14 years old, fared the worst. They were the most stressed and/or depressed, and in fact, mothers of infants even had better overall well-being.

The hypothesis for this is simple: taking care of infants and toddlers is physically exhausting, but when the needs you have to meet adjust from being solely physical to being mental and emotional, it really begins to take a toll.

“As the kids approach puberty, the challenges of parenting are far more complex, and the stakes of ‘things going wrong’ are far greater,” ASU professor Suniya Luthar said.

There are so many reasons why middle school is the ultimate struggle: your hormones are raging from puberty, you’re beginning to become aware of social status, your concept of “self” is beginning to form, and the pressure to perform at school (both academically and otherwise) begins to intensify, and of course, you’re experiencing your first bouts of independence.

And without an equal measure of discretion, it can lead to some unwise choices.

“Moms are essentially the ‘first responders’ to the children’s distress, and now they must figure out how best to offer comfort and reassurance, as the old ways hugs, loving words, and bedtime stories no longer work,” Luthar continued.

Essentially, this means that middle school is the most difficult time for parents because they’re most challenged to respond to their children’s real-life problems, not ones they can distract them from with the promise of an ice pop or another half-hour of TV.

So, while life is bound to be hard at times, it seems some transitions are better than others. Perhaps our inability to cope is more an issue of not being taught how, as opposed to just a lack of ability. But hey, we’re grateful for everything our parents did  if they gave us everything, we’d never learn for ourselves.