The wedding that lasted for 25 minutes

For an English Premier League (EPL) star who earns £60,000 weekly, one would have expected a lavish, luxurious wedding inundated with flashy cars and A-list celebrities, but fans were left disappointed as Everton goalie, Jordan Pickford, opted for a low-key ceremony.

What caught the attention of the public was the couple’s fashion sense at the municipal registration office in Crewe, Cheshire, England. 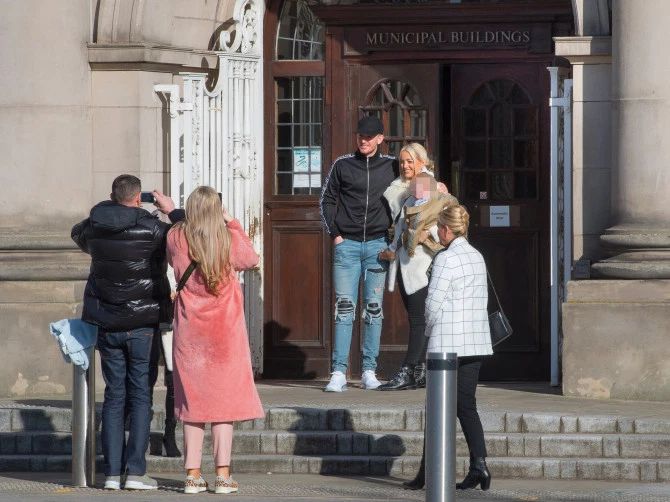 No suits, no wedding gowns, no bridesmaids or groomsmen. Pickford wore a pair of Amiri ripped jeans, a Givenchy zip-top tracksuit, a baseball cap and trainers. His bride, Megan Davison, was also spotted in a casual outfit. She wore a blouse over a pair of black jeans, a white faux fur coat, studded boots, and carried a Dior saddlebag.

Twenty-five minutes was all it took for the couple to share passionate kisses while family and those present took snapshots of the happy-looking newlyweds.

This comes less than a year after the two welcomed their first son, Arlo, in February 2019.

They met in high school and have been dating since Pickford was 16 and Megan, 14.

An onlooker said, “They didn’t dress to impress. It looked like they were out shopping. It sure wasn’t Premier League”

Pickford, who was instrumental for the Three Lions in the 2018 World Cup, is a key member of Gareth Southgate’s squad for the upcoming Euro 2020.

He signed for Everton for a fee of £25 million in June 2017. He received his first call-up from the full England national team for the 2018 World Cup qualifier against Slovenia in October 2016, making his debut in November 2017 in a friendly against Germany.