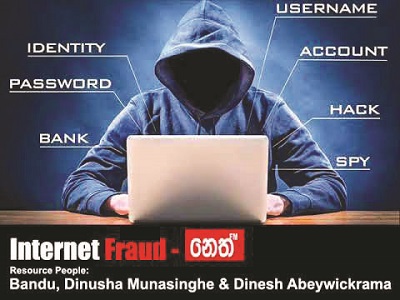 The Youth’s desperate desire for wealth

The desire for wealth by humans is normal, however the extent to which the Ghanaian youth chase wealth in recent times is alarming.

To some young people life is all about money, riding in flashy cars and underserved fame. This is the best path they want to tread to gain power and influence.

It is very important to note that acquisition of money and wealth, which is required for human survival and development. The problem is about fraudulent ways of amassing wealth or generating money.

Both the Bible and Qu’ran approve of hard work, wealth and money. But we are faced with many problems because life has been reduced to money and fame. The mindset of the youth that money is the cue to all ills or problem in life is a myth.

Undoubtedly, one of society’s ill in this 21st Century is the extreme quest for materialism and money by the youth. Currently, the youth mistakenly consider wealth and money as prime. The adage “Good name is better than riches”, which is used to guide people against evil, has now been thrown to the dogs.

The high incidence of quest for money and wealth among the youth have escalated to such a level that if care is not taken to curb it, it will become unconquerable.

It is amazing to see the youth, even those whose parents or guidance face financial difficulties comparing and competing with others, forgetting their background that is to say, where they come from, what they set to achieve and their capabilities among others.

Society has prioritized and considered money as an end in itself and not a means to success. Many young people are resorting to whatever means to acquire wealth. Money and wealth acquisition has gotten into the minds of the youth and forcing them to use all means legally or illegally to acquire wealth. This is the only way they think they can fit into the social setting.

Surprisingly some youths of today see illegal means of making money as normal. Some of them consider money rituals, fraud and robbery among other crimes as normal and more rewarding. They see education and learning a vocation as a long way to success. Unfortunately, these means of making money or becoming successful is deadly and death trap.

The desperation of some youth to join the rank of powerful and affluent in society is the reason for the incessant desire for money wealth among the youth. The numerous killings by young people is painting a very dark picture of the future of Ghana.

It appears the media, religious groups, parents and society are unable to uphold the virtue of hard work and condemn the crave for money and wealth.

No wonder some young people engage in money rituals, and other questionable dealings such as scamming, including internet fraud and money-doubling.

What is more worrying is the fact that young people use body parts of blood and engage in abominable practices all to get rich quick.

Some young people travel from afar to communities known for performing money rituals, all to get rich overnight to fund their expensive lifestyles. All that they dream of is how to buy luxurious cars, mansions and make trips abroad, to show off.

In Ghana, some youth have become adventurous and travel to neighbouring countries, Benin, Togo, Nigeria and Benin Burkina Faso all in search of ill-gotten wealth.

“Sakawa,” which involves internet fraud combined with African traditional rituals is popular in Ghana. This practice by the youth may involve the use of victims’ fingernails, carrying corpses, body parts, and sleeping in the cemetery.

The media has been partly blamed by a sector of Ghanaians due to the seeming increase in the visibility of spiritualists on television and radio. The spiritualists lure unsuspecting and vulnerable people and promises them quick money.

The National Media Commission (NMC) and the National Communications Authority (NCA) should collaborate efforts to stop the media from using its networks to publicize activities of spiritualist. They two organisations should check media content.

Institutions tasked to enforce laws regulating media activities should live up to expectation. Citizens must collectively and willfully uphold acceptable values that shape the morals of the youth.

The government must also ensure that the entertainment industry, which includes the media, literature, music, radio, television and educational institutions aligns with the nation’s culture to shape the mindset of the youth. This will go a long way to discourage the youth from indulging in practices to make them rich.

The youth constitutes a greater percentage of the country’s human resources and key to national development. There is, therefore, the need make them stay away from getting rich quick attitude and rather put them on the narrow path of ingenuity and hard work