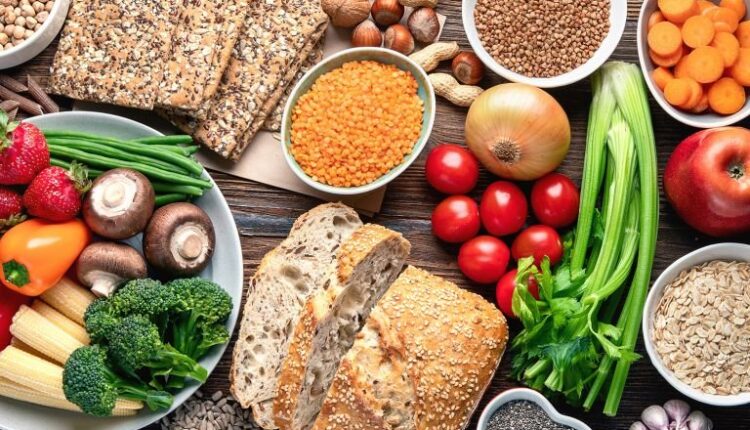 This Strategy Can Help You Make Healthier Food Choices

On Tuesday nights, we have a DIY dinner. My husband and daughter eat on their own. I’m in class.

Everybody makes and eats what they want, using the food we have here in the fridge and pantry.

But, I still want to encourage healthy eating choices and at least a serving of vegetables with dinner.

So, before I go off to class, I give my daughter a nudge by leaving a big tossed salad in a plastic bin in the front of the refrigerator shelf.

I use nudge theory too to motivate my own healthier habits, like exercise and diet.

I’ve found it to be a powerful habit-changing technique.

Nudge theory, as coined by Richard Thaler, a professor of economics and behavioral science at the University of Chicago, states that you can positively change behavior by using subtle techniques and influences that spark emotions, memories, beliefs, and public opinion.

For example, reminding people of specific social norms—like people who care about democracy exercise their right to vote, (and even wear their “I Voted” sticker around) for example—can nudge others to vote.

Helping people recognize that one choice is easier to make than another can also nudge them to action. After all, it’s a whole lot easier to eat the salad I made instead of making something else.

A survey of more than 450 strategies in 200 scientific articles shows that nudges can be highly effective as a habit-change approach, particularly in the areas of food consumption, says Tobias Brosch, Director of the Consumer Decision and Sustainable Behavior Laboratory, and part of the research team.

When something positive is wired into our practice by default, we also tend to go along with it. For example, people are more likely to continue to participate in a financial savings program at work when they are automatically enrolled.

I’m experimenting with my own version of default nudges to help me eat healthier. I’ve been making green smoothies in advance and putting the unblended ingredients in a jar in the fridge. When I see everything there ready to go, I blend it up and drink it for breakfast. If the smoothie is there, that’s my breakfast; I don’t have to make any other decision.

If I don’t make it ahead, I find I generally skip breakfast or grab something on the run, which leads me to make unhealthier choices.

In the moment, we are often more likely to go for instant gratification over the better choice. If I’m tired at the end of the day and do not have a dinner menu planned, I tend to push for pizza. But when I know what I’m cooking a couple of days in advance, I feel less pressure and it becomes easier to make a healthier choice.

I write “workout” directly into my calendar on the dates and times I plan to exercise a week in advance. I also lay my sweats out the night before, so the clothes and the scheduled time nudge me to take action.

If I don’t plan it ahead, I’m more likely to make excuses and less likely to get it done. When I see the note “workout” in my calendar, it’s the nudge I need to get going.

I first stumbled across the nudge research when I was looking for ways to support and encourage our daughter to make healthy choices without nagging. One of the things research suggests is that nudges can be very powerful when you have to advocate for another position.

The other day, when she was pushing to go into a situation that made me uncomfortable, I didn’t rant or restrict. Instead, I asked her to explain our position. To discuss why we might be concerned.

“If you were in our position, what would be some of your concerns be and what would you be thinking about?” I asked her. “What should we as parents consider about this situation?”

She made good, thoughtful points, which we discussed. In the end, though she was disappointed, she realized that the situation was sketchy and that it was best not to go.

Psychologists call this “advocacy effect” and have found that when you are forced to defend a position, you are more likely to believe in it, even if you were against it before.

It can also work the other way too. Seeing a bag of chips in the cupboard is all the nudge I need to gobble them down, so I rarely buy them.

No doubt visual and verbal cues influence our actions, so I just want to make sure I’m nudging myself in the direction I want to go.

6 Compelling Reasons You Should Start A Small Business