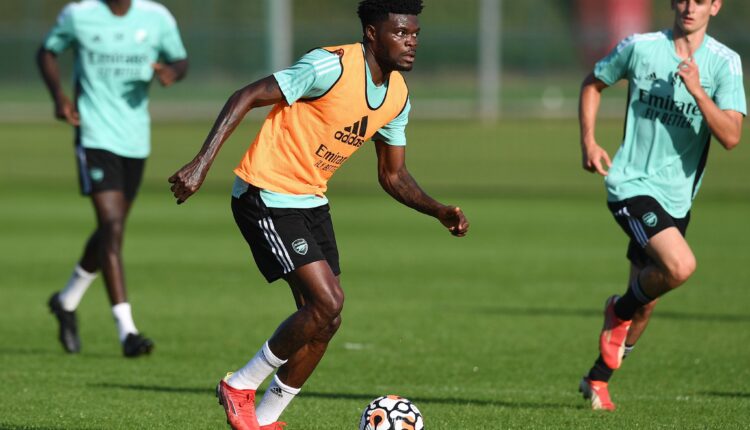 Thomas Partey back from injury with full training session at Arsenal

Partey has been sidelined from the start of the new season due to a foot injury he sustained during a pre-season friendly against Chelsea.

The injury also prevented the midfielder from playing for his nation Ghana in their 2022 FIFA World Cup qualifiers against Ethiopia and South Africa.

The 28-year-old was spotted training with the entire Arsenal team at their training ground in Colney on Tuesday and could make the starting line-up for that important game following the suspension of Granit Xhaka.

Xhaka picked up a red card in Arsenal’s 5-0 loss to Manchester City.

The struggling Gunners having lost all 3 games since the commencement of the 2021/22 season will be hoping for a turnaround of events with the return of their pivotal midfielder as they battle it out for their first win of the 2021/2022 Premier League campaign this weekend.

The news of his comeback could also be a sound of relief for the head coach of the Black Stars, Charles Akonnor who is expected to name a strong squad ahead of the second round of the 2022 World Cup qualifying doubleheader against Zimbabwe.

Akonnor will be hoping to count on the likes of Partey to get the qualifying campaign back on track after a terrible display in the first round.