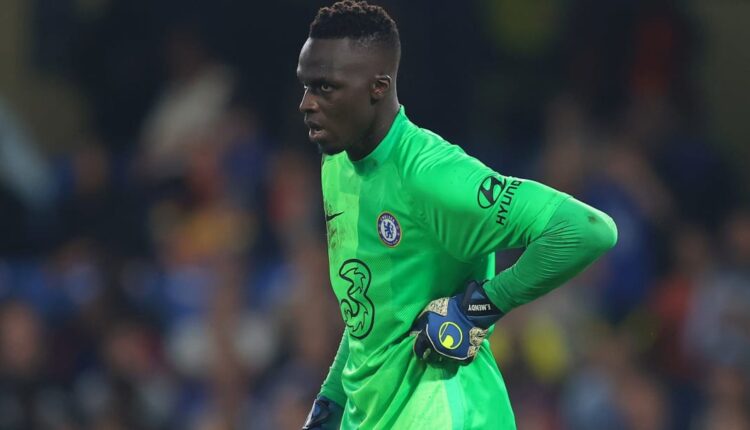 Thomas Tuchel has revealed that a hip injury was behind goalkeeper Edouard Mendy’s absence from Chelsea’s 3-0 win over Tottenham on Sunday.

Mendy travelled with the squad for the game but was surprisingly left out altogether, with Kepa Arrizabalaga getting the nod in the starting lineup and summer signing Marcus Bettinelli taking the spot on the bench.

There was no clear issue with Mendy, but after the game, Tuchel revealed that the Senegal international had been struggling with a knock in the build-up to the match and did not feel healthy enough to start.

“We tried throughout the week and yesterday in training it was so-so,” Tuchel said of Mendy’s involvement (via football.london). “It comes from the last-minute kick against Zenit in the Champions League.

“It is very painful and did not feel 100% comfortable going for a full stretch or to land on it. He didn’t feel comfortable at fight at set-pieces or corners.

“So we decided to go with 100% and that was Kepa and have Edou with us to be supportive and have good energy. I’m happy Kepa played a crucial role today and kept a clean sheet. This is what he deserves and I am happy that he could.”

In Mendy’s place, Kepa enjoyed an outstanding showing. The Spaniard was one of the main reasons Chelsea were not behind at half-time, pulling off a handful of good saves as the Blues took a while to get going.

Kepa’s performance, which Tuchel recognised was at a ‘high level’, will give the boss a little headache over the coming days. Chelsea face Aston Villa in the Carabao Cup on Wednesday and will return to league action with a huge clash with Manchester City on Saturday.

Tuchel has previously acknowledged that Mendy is his first-choice goalkeeper but has never been afraid to turn to Kepa, whose excellent performance against Spurs did not go unnoticed.