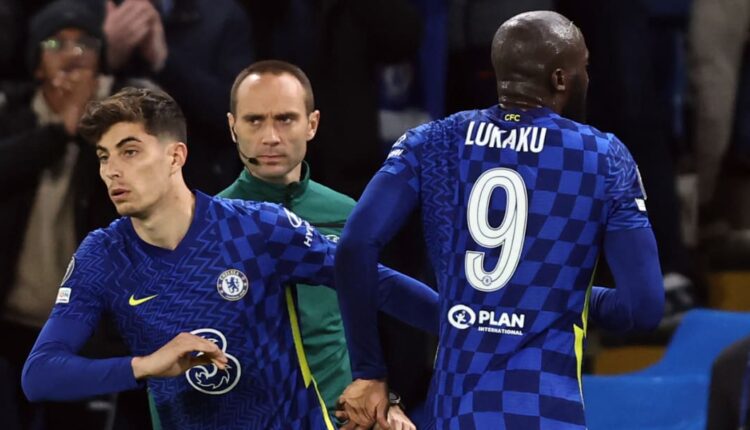 Chelsea’s attacking injury problems may have deepened with the news that Kai Havertz is a doubt to face Juventus in the Champions League on Tuesday night.

The Germany international has been deputising in a central role since first-choice striker Romelu Lukaku hurt his ankle during the European clash with Malmö on 20 October – the same match in which Timo Werner limped off with a hamstring problem.

Neither Lukaku nor Werner have played since, although the former is back in training and the latter did return to the bench for the comfortable Premier League victory at Leicester on Saturday.

However, Chelsea head coach Thomas Tuchel suggested Lukaku is facing a race against time to be fit for the crunch Group H encounter against Juve, and revealed he substituted Havertz just after the hour mark at the King Power Stadium because he had an issue with his hamstring.

Speaking at his pre-match press conference on Monday, Tuchel said: “Not sure yet [about Lukaku]. He seemed OK in training yesterday, we will see about the reaction.

“He has an appointment with the doctors and physios. Maybe we can bring 20 players to the squad. The last minutes would be the absolute maximum.”

The German continued: “We had to take Kai off because of hamstring problems. He felt a bit of tension in the hamstrings, so we took him off and we have some doubts with him. We need to check and see if he can train without any problems, so this is more or less the question mark.

“Timo feels good, he was in training yesterday, he’s back in the squad again, and Mateo Kovacic is still out.”

“This is why we trust everybody, all the guys know what it takes to play for Chelsea. The attention goes to the guys who are fit and available.”

Much will depend on whether Werner is fit enough to start, but Tuchel may once again turn to Ross Barkley to slot into a false nine role in Havertz and Lukaku’s absence.

Chelsea can move level on points with Juventus at the top of Group H with a win on Tuesday night, although it would require a victory of two or more goals to take top spot.

The Bianconeri arrive in west London with a 100% record in Europe so far this season, despite some wobbly domestic form