Thoughts of a Nima boy: which of Kwame Nkrumah’s books have you read as a Ghanaian?

At exactly 8:45 am on 27th April 1972, the Greatest African and most illustrious son and first President of Ghana, Osagyefo Kwame Nkrumah crossed over to the shores of the afterlife.  He died in the words of his biographer “in an austere hospital, a chill wind blowing outside” in faraway Bucharest in Romania. His body was flown back to Conakry, the capital of Guinea three days later.

The people of Ghana, as usual, got caught in their never-ending frivolous debates on whether he should be buried in Ghana and whether he deserved a state burial. The people of Guinea did not debate.  On 13th and 14th of May 1972, they held series of funeral ceremonies for the fallen giant where his coffin was draped with the Guinean flag and given a final salute by representatives from the Worker’s brigade, people’s militia, youth organizations, women sororities and members of his Ghanaian entourage. 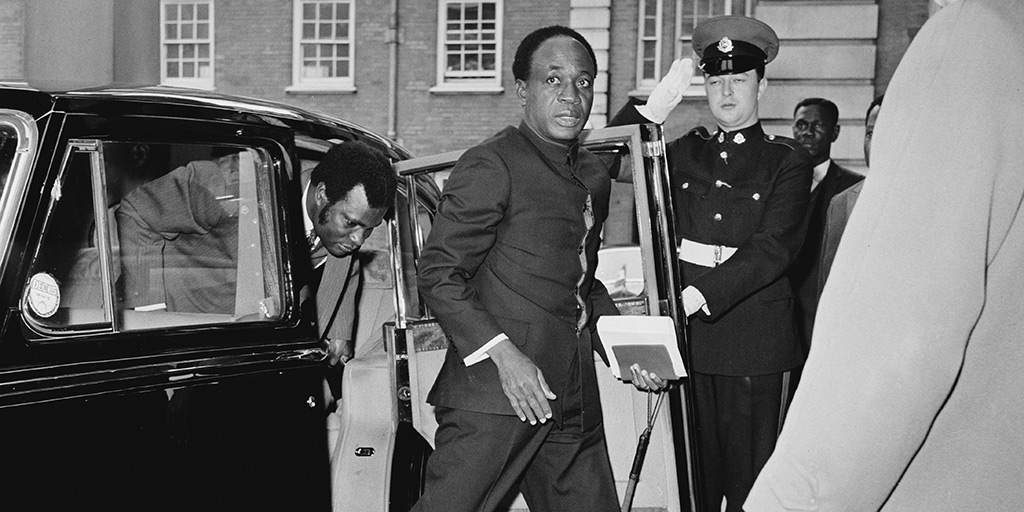 What stood among these funeral ceremonies was the gale of testimonies that were given by the greats from Africa. Notable ones include the oft-quoted testimony by the Bissau-Guinean and Cape Verdean agricultural engineer, Amilcar Cabral and the speech to the nation delivered by Ahmed Sekou Toure. Sekou Toure stated that “Kwame Nkrumah was one of the men who marked the destiny of mankind fighting for freedom and dignity. Kwame Nkrumah lives and forever will because Africa, which is grateful to him, will live forever. The combatants of all races and colours, fighting for the independence and solidarity of all nations of the world, will continue to live and fight for Kwame Nkrumah’s ideals.

Beyond his death, burial and place which have been cemented and well-entrenched in Ghana, Africa and the world at large, I ask a simple question “ which of Kwame Nkrumah’s books have you read as a Ghanaian? Do you even know that our founding father has authored books? Have you taken the pain to go beyond his name and its concomitant discussions to find out what shaped his minds and thoughts? Do you know that Nkrumah’s first book ‘Towards Colonial Freedom’ was written when he was just a university student dealing with the pangs of hunger and struggle?  Okay, you may not have liked him or identify him as who people say he is but have you even read any of the numerous books written against him? Have you read anything about him beyond the limited details that your primary or Junior High School Social Studies teacher taught you in school?

Nkrumah is the greatest Ghanaian; hate it or love it. He is the greatest African; loathe it or hail it.  The Golden era of Ghana was under his stewardship. The honor he gave the Black Man was his hallmark.  And he documented all his struggles in his books. He wrote about 16 books apart from the pamphlets that he delivered. His speeches alone are a whole compendium.   He is the only Ghanaian leader who has given us detailed accounts of his boyhood days, basic school activities, Achimota Diaries and the teachers he encountered who influenced him profoundly.  He tells us of how he went for a programme and saw then journalist Benjamin Nnamdi Azikiwe delivering an enthralling speech which inspired a gale of nationalism in him.    He gives us a sorrowful account of how the great Kwegyir Aggrey told them he had whetted their knowledge appetite and on his return from the States, he will satisfy them. He never came back.

Perhaps Nkrumah’s mind was far beyond his time (even still we struggle to understand him); hence they never understood him.  Nkrumah really suffered. He once upon a time was very poor, a stowaway, a homeless fellow in the US, worked in a soap-making factory with animal entrails making him vomit, worked in a very cold environment till he collapsed from Pneumonia, he slept in Parks where he was sometimes chased away, slept on the train, denied drinking water because he was black, vilified at home, bombed over seven times, shot at by his own officers, won elections in grand style and fashion.  All these were captured in his Ghana: The Autobiography of Kwame Nkrumah.

When you read his book Consciencism: Philosophy and Ideology for Decolonization, it provides with you with the reason why he chose to school in the United States of America rather than United Kingdom. He did so because he wanted to see a new world different from the vortex of our colonial masters. The profoundness of this book necessitated the publication of another book by acclaimed contemporary philosophers who were fascinated by it. Its title, Disentangling Consciencism, communicates the intellectual gravitas of Nkrumah’s work

His first book, Towards Colonial Freedom which describes the nature of colonialism and imperialism and how they can be combatted tooth, nail and claw was written in 1945 when Nkrumah was still a student and Lincoln University; two years before he came down to change the trajectory of the independence struggle. 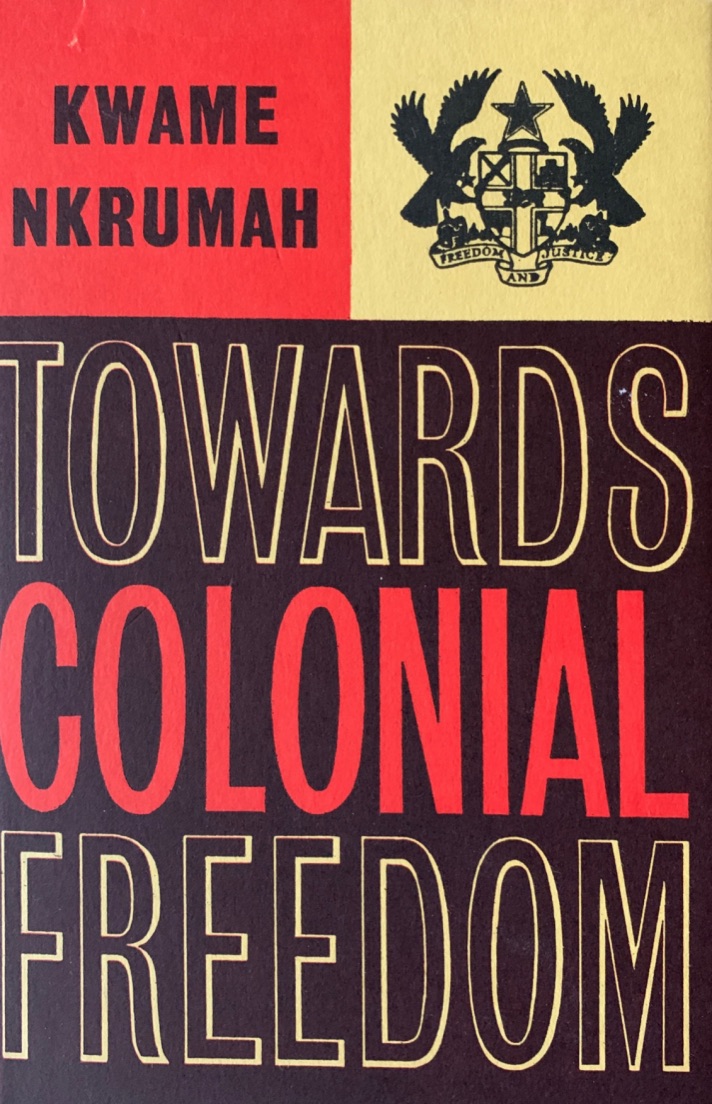 The book that gave overwhelming arguments that we will find ourselves in a pitiable state as we do now if we do not unite is Africa Must Unite. Every man or woman who has Africa at heart, who believes this is not the life God sent human beings to live, must read this book. It is hard to state it but the situation in Africa is very appalling. The book, dedicated to George Padmore was first published in 1963 and reprinted about five times ends with a challenge. “ Here is a challenge which destiny has thrown out to the leaders of Africa. It is for us to grasp what is a golden opportunity to prove that the genius of the African people can surmount the separatist tendencies in sovereign nationhood by coming together speedily, for the sake of Africa’s greater glory and infinite well-being, into a Union of African States”.

The Challenge of the Congo discusses the impossibility of peace in the Congo as it then was, because of the economic and political workings of foreign interests. It was published in 1967. Nkrumah provides a detailed account quoting great authors like Sir Arthur Con Doyle.  He really was involved in the Congo Situation.

Other great titles written by Osagyefo are I Speak of Freedom; a statement of African ideology, Voice from Conakry which contains the broadcasts made to the people of Ghana from Guinea-Conakry between March and December 1966, the year he was overthrown. Other titles Handbook of Revolutionary Warfare, Axioms of Kwame Nkrumah, Class Struggle in Africa, Revolutionary Path, Rhodesia File and the book that sent shivers down the spine of the imperialists, Neo-Colonialism: The Last Stage of Imperialism.

The book which had me saddened as I leafed through it was Dark Days in Ghana. In that book, he stated  ” Right from the foundation of the Party, as everyone in Ghana knows, I have waged a ceaseless war against corruption. In the “Dawn Broadcast” made on 8th April 1961, I stressed the need to eliminate it from our society: “I am aware that the evil of patronage finds a good deal of place in our society. I consider that it is entirely wrong for persons placed in positions of eminence or authority to use the influence of office in patronising others, in many cases wrong persons, for immoral favours. I am seeing to it that this evil shall be uprooted, no matter whose ox is gored. The same thing goes for nepotism, which is, so to speak, a twin brother of the evil of patronage…. “ 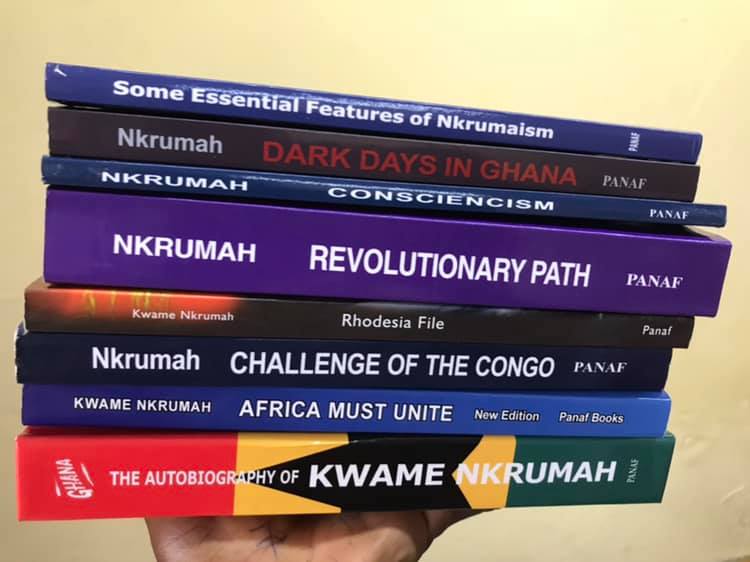 The next time you are in town, try to enter a very good bookshop, pick up a book by or on  Kwame Nkrumah, reflect on his writings, let some of his wisdom rob off on you, get to understand why he did some of the things he did and appreciate why he understood the mood and aspiration of the people. Why he never looted the country. Why he left no material property for himself and children.

We nearly cried the day his son brought his coat to the Conference Center that his father told him it is a state property and must be returned. That is why he is the greatest; he who experiences most, wins.

NB: The Writer is a Youth Activist and the Executive Secretary of Success Book Club.

My encounter with J. J. Rawlings

‘Help me beg my wife’ – Nigerian singer pleads with fans

Only 40 percent of invoices being settled – IPPs