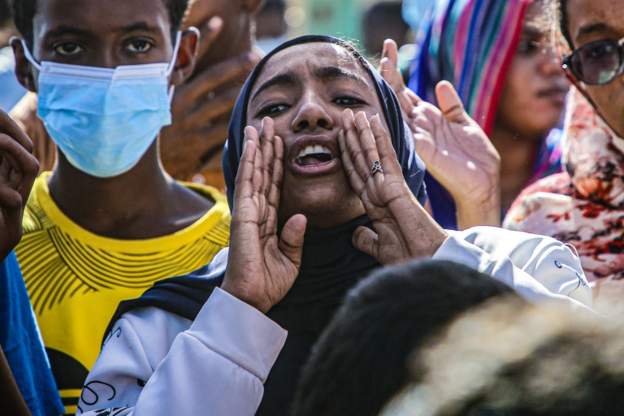 Thousands march in Sudan to reject deal with military

Thousands of people in the Sudanese capital, Khartoum, and other cities have held protests to keep up the pressure on the country’s military leaders.

They had rallied to pay tribute to dozens of colleagues killed by Sudanese security forces in recent weeks.

They also denounced a recent deal with the military that saw Prime Minister Abdalla Hamdok reinstated to his post.

Prominent political parties and Sudan’s powerful protest movement have opposed Mr Hamdok’s decision to sign the accord with the military.

Some have called it a betrayal or said it provided political cover for the coup.