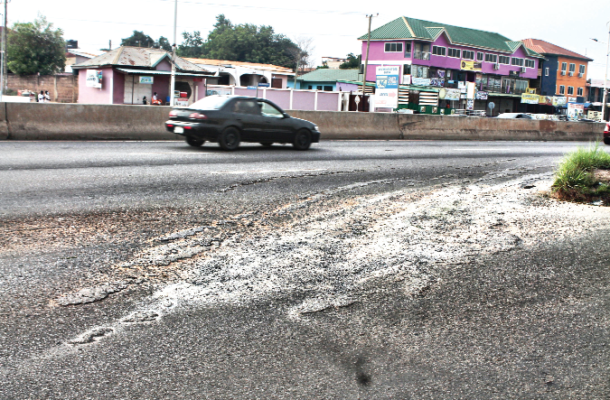 Three persons have been convicted for spilling concrete on a public road at Abavana Junction, along the Pig Farm-Circle road.

The three, including a driver and two supervisors, were arrested on Tuesday, 25 January 2022 and arraigned.

A statement from the police confirming the news said the three were convicted to pay fines of various amounts after court proceedings on Thursday, 27 January 2022.

The first accused, Tahiru Faisal, who is the driver of a Ford Concrete Pump Truck with registration number GN 8042- 20, was convicted to pay a fine of GH₵2400.

The second accused, Emmanuel Sogah-Burns, who is the Engineer/Supervisor of Sobtech Engineering Consultancy, was convicted to pay a fine of GH₵600.

The third accused, Stephen Donkor, who is the operator, was also convicted to pay a fine of GH₵600.

The police have urged motorists to abide by road safety regulations at all times.

It warned that anybody found culpable will be made to face the full rigours of the law.