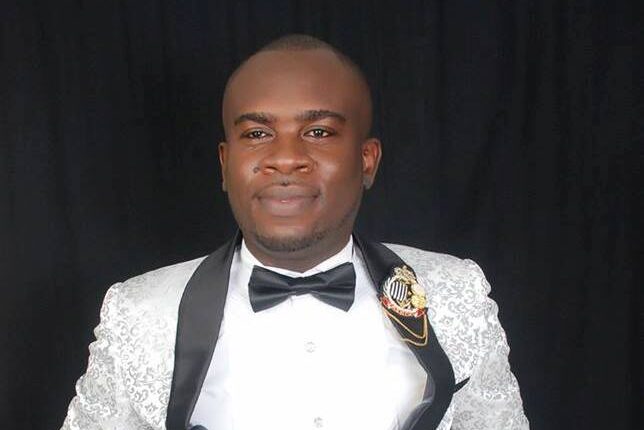 In the year 2020, Dr. Kwaku Oteng, a renowned business mogul, revealed what he sees as the secret to his success.

According to Dr. Oteng, he became rich when he started paying his tithe – on the advice of his pastors (https://occupygh.com/i-made-my-first-million-after-i-paid-my-tithes-dr-kwaku-oteng-video).

“I can remember that about 20 years back, I had never made any money more than a million cedis. Whenever I got between GH¢80 and GH¢100, I would fall sick and use the money to cure myself until I got well. By the time I got well, the money would have finished, then I’d get back to work,” he said while speaking on Angel FM, a radio station he owns.

He added: “So I approached my pastor with my issue and he asked me to pay my tithe appropriately, because if I did, within 6 months, I could make up to 3 million”. According to Dr. Kwaku Oteng, he obeyed his words and, lo and behold, he made huge sum of money! Any scientific justification with this testimony?

For those who do not believe in Christian activities such as tithing, would you believe that science has demonstrated the effect of tithing to success and happiness?   It is rather unfortunate how some chastise the house of God for the number of offerings and tithes they collect from church members. For the unbelievers, they think that these activities are crazy and defy logic. However, those who pay understand the true blessings that come from financial obedience to God, from the biblical perspective.

What the critics do not know is that, recent scientific studies have confirmed these blessings from the bible, showing empirically that tithing is linked to happiness and success. For Christians, happiness in tithing is not about scientific data. It is about the joy that comes from a personal relationship with God, and the pleasure of obediently giving a little back to the One who not only gave it all, but who continually meets our daily needs.

Before I delve into the scientific aspect of tithing, let us look at the biblical perspective. Malachi 3:10 notes: “Bring the whole tithe into the storehouse, that there may be food in my house. Test me in this, says the Lord Almighty, and see if I will not throw open the floodgates of heaven and pour out so much blessing that there will not be room enough to store it.”

There is this saying that the value of charity is not limited to those who receive the services that giving makes possible. Charity also unleashes substantial benefits to the givers themselves. The question is, does giving make us prosperous?  I will try to provide answers in this article based on science.

The Science of Tithing

A study by Dunn, et al., (2008) from Harvard titled: ‘Spending Money on Others Promotes Happiness’, involved a sample of 632 Americans to estimate their general level of happiness as well as how much money they spend monthly on bills, on themselves, on others, and on donations to charities. The results of the study demonstrated that those who spent more (comparatively) on others had a greater level of overall happiness, while spending on personal expenses did not influence happiness.

In another, titled: ‘Feeling Good about Giving’, these same researchers examined whether this increased happiness was a reason or a result of charitable giving. This time, participants were given either US$5 or US$20, and half of them were asked to spend the money on themselves, while the other half were asked to spend the money on donations or gifts for others. The participants were asked about their general level of happiness at the beginning and the end of the day, and those who were asked to spend money on others were happier at the end of the day. Interestingly, the amount of money people were given did not influence how happy they were that evening, suggesting that how people spent their money was more important than how much money they received.

These researchers were amazed to find that people spent over ten times as much money on themselves as on others. While majority of people think that this kind of personal spending will increase their happiness more than charitable spending, this turned out not to be the case. This teaches us a major lesson about tithing.

The regularity of tithing provides a continual and consistent source of happiness. As these researchers observed, the one-time giving behavior in these studies contributed to a fleeting feeling of happiness and self-satisfaction. Thus, becoming involved in activities (or a church) that require effort and active engagement to give and keep giving “may present a more promising route to lasting happiness”

According to an article by LDS Living Staff (2015), sacrificing for others and spending money on things that bind communities together bring greater happiness and satisfaction. This type of spending is worthwhile because it is an investment that is larger and potentially more far-reaching than just investing in ourselves.

“This importance of social ties brings us to the particular brilliance of tithing. Done as most people envision it – that is, giving generously to your local church; tithing helps build the ultimate social network: a thriving community of people who will care for you, pray for you and help you in tough times” (USA Today, “Does Tithing Buy Happiness?”).

This also means that, since tithing provides the grounds to contribute to the work of God in the church that we belong to, LDS Living Staff (2015), is of the view that fast offerings especially provide the platform to support those immediate to us, building unity and stronger community. They note: “Because both of these types of charitable giving are associated with groups with which we have strong social ties, they are more meaningful and build more happiness than giving a one-time donation to a person, group or charity we are not associated with”.

“During the Great Depression, some bishops observed that members who paid their tithes were able to support their families more effectively than those who did not. The tithe payers tended to keep their employment, enjoy good health, and be free from the most devastating effects of economic and spiritual depression” (“Tithing,” Dallin Oaks).

This study demonstrates that “those who give more readily, experience less stress with regards to money — and that decreased stress level leads to better health as well as happiness in the long run”.

This study tells Christians that when one pays tithe with a good mindset, one will not experience as much stress and frustration with regards to economic struggles or material acquisition because one trusts in our Heavenly Father and looks for determiners of success that go beyond this world and its challenges.

LDS Living Staff (2015) further asserts that when this happens, neither fluctuations in the stock market, currency depreciation, oil prices skyrocketing, Russia – Ukraine war, nor unexpected costs or bills, will have the power to stress us out as readily. Instead, we will be able to “Consider how the lilies grow: they toil not, they spin not”, and know that “If then God so clothes the grass, which is to day in the field, and tomorrow is cast into the oven; how much more will he clothe you” (Luke 12:27-28).

Tithing supports us emotionally, at any age

“Before the age of two, toddlers exhibit greater happiness when giving treats to others than receiving treats themselves. Further, children are happier after engaging in costly giving – forfeiting their own resources – than when giving the same treat at no cost” (“Giving Leads to Happiness in Young Children”).

This was demonstrated in Aknin et al., (2012) study, which found that children feel and exhibit the joy of sharing and sacrificing for others, even at a very young age. In this study, toddlers were introduced to a puppet and then given certain treats; some of which were their own, and others, the researcher ‘found’. The toddlers were then encouraged to share one of these found treats with the puppet, and later asked to share one of their own treats. Closely observing these toddlers and their levels of happiness, the researchers discovered that “the children found the act of giving very emotionally rewarding, and even more so when they were able to give something of their own”.

There were those who asserted that the findings supported the common economic explanation that, with a higher income comes a greater ability to give. But Brooks’ study found this explanation too simplistic. Instead, he found, “charity and prosperity are mutually reinforcing, meaning when we give more, we become more prosperous and when we become more prosperous, we tend to give more”.

Christians understand that giving back to God isn’t so much a quid pro quo situation. Rather it is more of a reshuffling of priorities. Giving away 10% of our income helps remind us that all prosperity – financial or otherwise – comes from God. Furthermore, it is a reminder that prosperity is not limited to our income, and that many of life’s blessings can be experienced with or without a fortune 500 paygrade.

Brian, (2015) notes that tithing refocuses our priorities on the things that matter: our relationship with God and our relationship with others. Finally, those who have experienced the joy and blessings that come from giving willingly need not be surprised by this recent scientific validation. As for the skeptics, the results are in: tithing brings success and happiness!

>>>The author is the President of the Nyarkotey College of Holistic Medicine & Technology (NUCHMT) and the African Naturopathic Foundation. E-mail: collegeofholisticmedicine@gmail.com

x.  I Made My First Million After I Paid My Tithes – Dr Kwaku Oteng | VIDEO. https://occupygh.com/i-made-my-first-million-after-i-paid-my-tithes-dr-kwaku-oteng-video