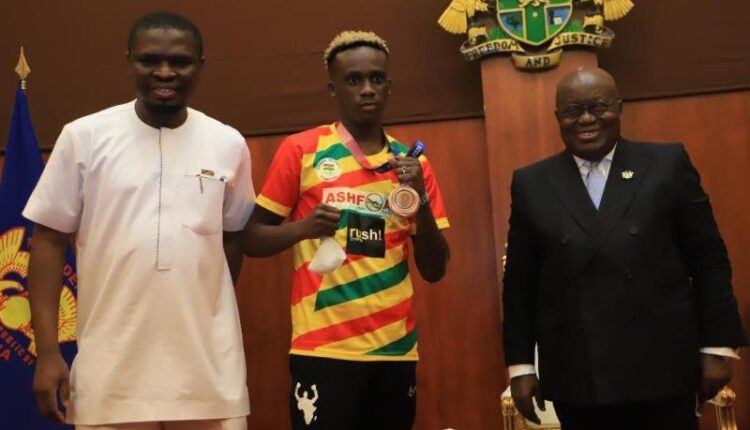 According to the president, the 20-year-old boxer will receive an amount of $10,000 in cash and a car for his efforts at the Olympic Games, plus a further $20,000 to be put in a career development fund for him.

The president made the announcement when Ghana’s contingent for the Tokyo Olympic Games called on him at the Jubilee House in Accra on Friday 20th August, 2021.

Meanwhile, each of the 14 athletes that represented the country at the Games will also be rewarded $5,000 for their efforts at the games. 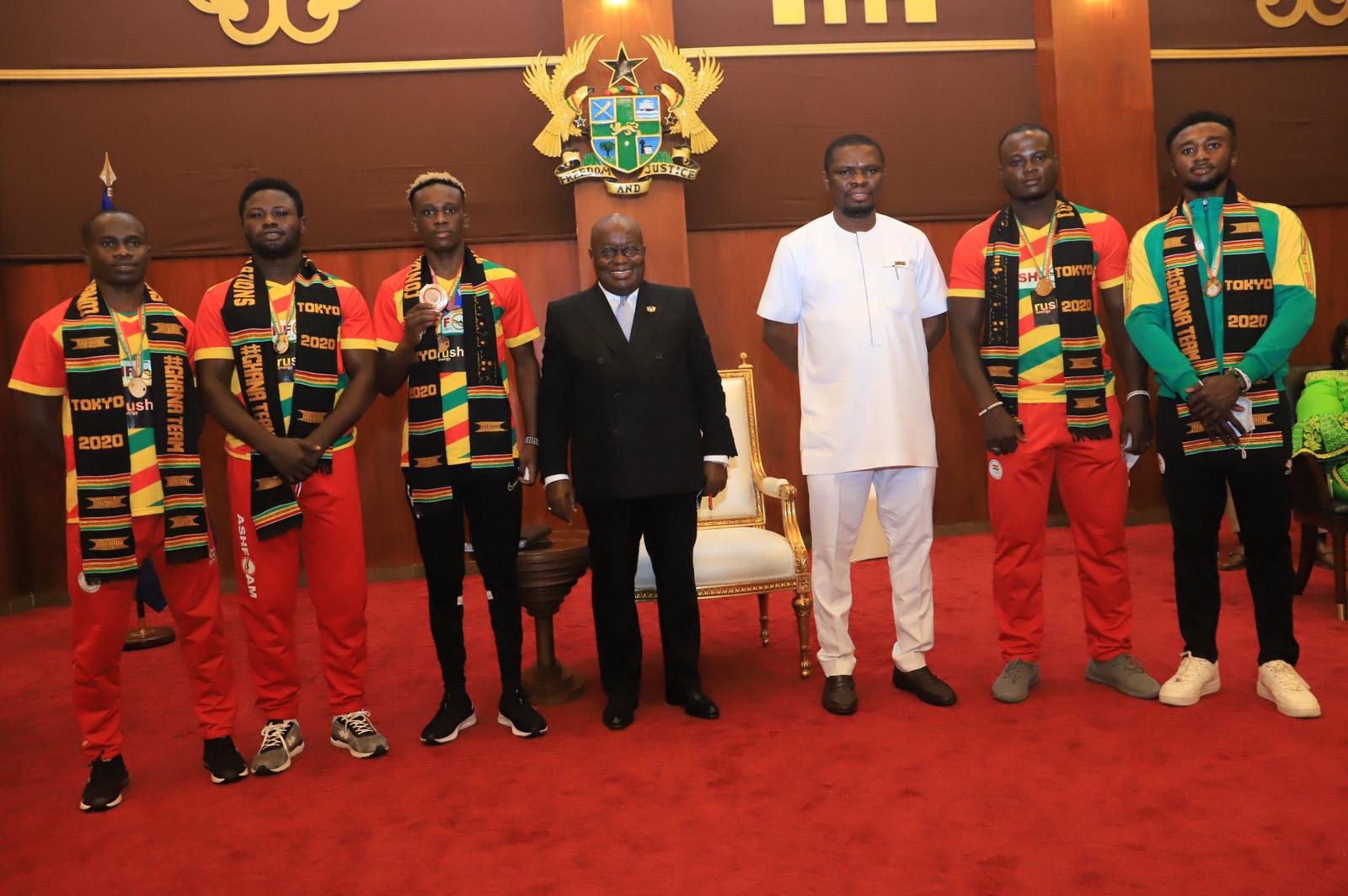 All the athletes and officials for the games were also given medals by the president in appreciation of their performance at the games.

In total, the government is spending $150,000 in bonuses for Team Ghana’s athletes at the Tokyo Olympics, President Akufo-Addo announced.

“For the first time ever, a Ghanaian athlete, Samuel Takyi, was selected to represent Africa at the closing ceremony of the Olympic Games,

For the first time in the history of the 4th Republic, Ghana won a medal at the Olympics.

“Out of the 52 African countries that participated at the Olympics, Ghana placed 10th on the continent.

“This should spur us on to even greater heights in future competitions.

“On behalf of the people of Ghana, a say a big hearty ayekoo to all of you. You made the country proud,” President Akufo-Addo said.

Takyi secured bronze at the quadrennial showpiece after losing to Duke Regan in the men’s semi-final featherweight event.

Despite losing the semi-final bout to Regan, Takyi entered the history books after ending Ghana’s 29-year wait for an Olympic medal and also ended a 49-year wait for an individual medal at the multi-sport event.

Team Ghana gave an impressive account of themselves at the world event with the 4x100m relay team also setting a national record to book a spot in the finals of the event while Joseph Paul Amoah ran the fastest 200m time of any Ghanaian athlete at the games.