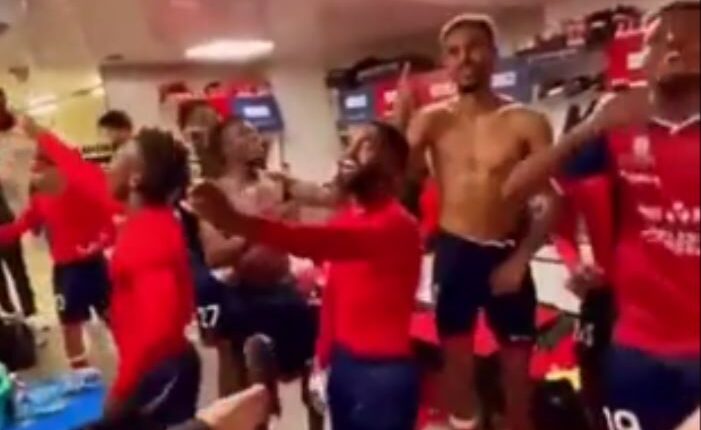 The video of their celebration has been circulating on social media since the weekend. It shows the dressing room that was turned into a party zone as players danced to the hit tune which the musician can count as a huge endorsement.

The newly-promoted side won their match by a lone goal courtesy of Vital N’Simba’s strike in the 32nd minute of the game.

The club can boast of two Ghanaian-born players in the current squad, namely Salis Abdul Samed and Alidu Seidu, and it is believed they have managed to make the hit song popular among their teammates.

Midfielder Salis Abdul Samed did feature in the entire duration of the game while Alidu was an unused substituted on matchday.

Black Sherif who is also a student has received lots of praise for his inspiring songwriting ability and song quality with many popular figures both local and foreign jamming to his songs on social media.