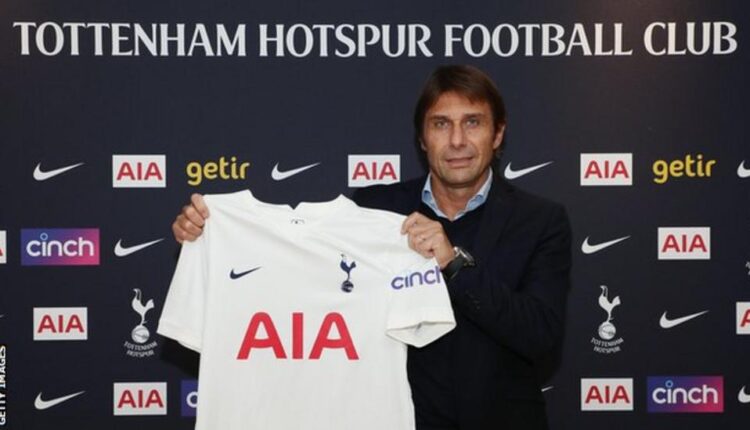 Tottenham players are said to ‘fear’ that frustrated manager Antonio Conte could quit the club next month if he isn’t backed in the remaining 18 days of the January transfer window.

Conte has not shied away from talking about the room for improvement within the squad since he took over from Nuno Espirito Santo in November, albeit not all in the transfer window alone.

But his general body language appears to have changed in recent weeks. Conte, a serial winner over the last 10 years, looks frustrated with the lack of progress at Spurs – that was highlighted across two limp performances against Chelsea in the Carabao Cup semi-finals.

Spurs’ most recent set of signings, including Bryan Gil and Emerson Royal, have underwhelmed. Spurs are also still lumbered with disappointing buys from previous managerial regimes like Tanguy Ndombele and Giovani Lo Celso.

football.london suggests that Conte has been very open with chairman Daniel Levy in his assessments of the squad and club. It is even said that some of the players have concerns the boss could quit come February if he isn’t supported from above with new signings.

However, the same report notes that the club doesn’t share those fears following a ‘very honest and positive’ meeting at the start of the week. More important is likely to be the summer transfer window and whether Conte feels by then that Spurs are heading in the right direction.

As well as being knocked of the Carabao Cup and seeing the chance of a trophy go up in smoke, Spurs have started the New Year by scraping a narrow Premier League win over Watford and by beating League One’s Morecambe in the FA Cup.

The weekend sees them host Arsenal in the north London derby, having been soundly beaten 3-1 in the reverse back in September during Nuno’s brief and failed reign.