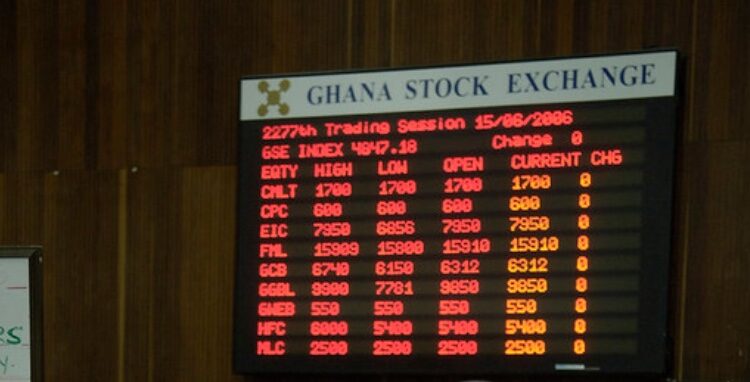 Following a flurry of trading activities which characterised the Ghana Stock Exchange (GSE) over the past half-year, including a number of all-time high (ATH) gains, a dip in April has seen trading on the market fall month-on-month – as volumes traded dropped by 48.40% from 57.69 million in March to 29.77 million in April.

Consequently, value of trade for the period also dipped by 36% to GH¢31.09million for the month under consideration. These figures were contained in the bourse’s Summary of Monthly Activities for April.

Reacting to this development, Head of Research at Databank, Alex Boahen, stated that offers on the market are beginning to decline as an increasing number of retail investors appear to be holding onto their stocks; hence the slowdown in market activity.

“Some of the offers are actually drying up from the market. Last year, there was an excessive selling pressure, largely as a result of the pandemic. However, this year the market began on a strong footing and some of the stocks were doing well, as we can see from the release of their first quarter financial statements.

“A lot of retail investors appear reluctant to sell their stocks, especially the very attractive ones; and those who are offering them are doing so at significant premiums,” he explained in an interview with the B&FT.

Mr. Boahen added that an unintended consequence of the phenomenon is that fund managers are unable to purchase shares in the volumes required, leading to liquidity drought – explaining that this could be a barrier to accurate price-discovery.

While commending the GSE for its efforts in promoting information sharing – which he described as the most important factor in driving market activity – he argued that there is more to be done, especially by analysts who serve as intermediaries between the Exchange and the investing public. He added that companies must go over and beyond their continuing listing requirements, by providing more insight into the performances.

“The market is still somewhat information-deficient; from companies to the public, and also from analysts to investors. We need more analysts covering the market to create more awareness among the investor community, thus unearthing potential investment opportunities. Companies must also go beyond publishing their results and the occasional appearance at ‘Facts Behind the Figures’, and provide solid guidance to investors.”

For context, the month-on-month value of market capitalisation was up 6.3%, while the GSE Composite Index (GSE-CI) was up 15.73%.

On the debt side of things, the Ghana Fixed Income Market (GFIM) saw “relatively muted volumes traded of 15.9 billion during April, down 40% from the all-time monthly high of 26.7 billion attained in March 2021 – but still an impressive 73% higher than the volume traded during the same period last year”