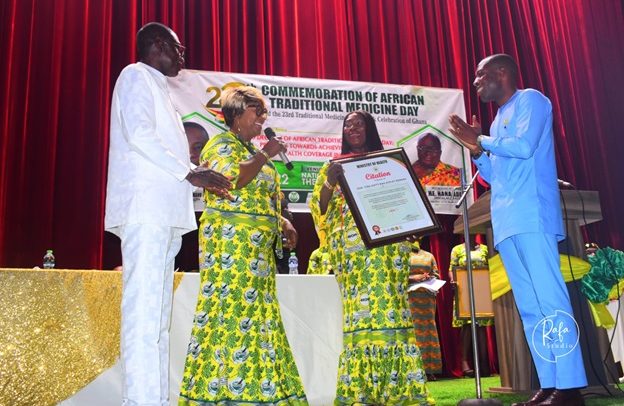 Minister of Health, Kwaku Agyeman-Manu, has indicated that traditional medicine is fast becoming a viable option in the health and welfare of Ghanaians following decades of substantial growth.

The minister said the country has worked towards making traditional medicine safe and efficacious, readily available, acceptable and accessible to Ghanaians.

He said traditional medicine practice is now considered an integral part of the country’s healthcare delivery system following the implementation of an integration policy which incorporated herbal medicine services into orthodox healthcare in 2011.

“The integration policy alone has employed the services of over 100 medical herbalists who superintend at 55 herbal units across the country providing herbal medicine services to the good people of Ghana,” he said.

Mr. Agyeman-Manu also noted that two essential traditional medicine policy documents; Recommended Herbal Medicine List (RHML) and the Basic Procedures for the Assessment of Efficacy and Safety of Herbal Medicine Products were launched in 2021 to further augment the practice in the country.

“This resulted in the training of medical herbalists, herbal medicine manufacturers, pharmacy staff and other stakeholders on the usage of the RHML,” he said.

According to the World Health Organisation (WHO), over 70 per cent of the Ghanaian population uses some form of traditional and alternative medicine for their primary healthcare needs.

Director of the Traditional and Alternative Medicine Directorate (TAMD), at the Ministry of Health, Dr. Mrs. Anastasia Yirenkyi, in an address, indicated that it is time for the necessary steps to be taken to make traditional medicine a viable option in the country’s healthcare system.

According to her, the country can achieve Universal Health Coverage (UHC) and SDG 3, which calls for achieving health for all ages by 2030, if the orthodox and traditional medicine practices co-exist.

“Establish traditional medicine development fund to facilitate the progress in the area of research and development of safe, quality and efficacious herbal medicine,” she said, adding “We advocate for a state-of-the-art research and manufacturing complex which will be a one stop research centre for the standardisation of herbal medicines. This is to augment the facility at the CPMR at Mampong.”