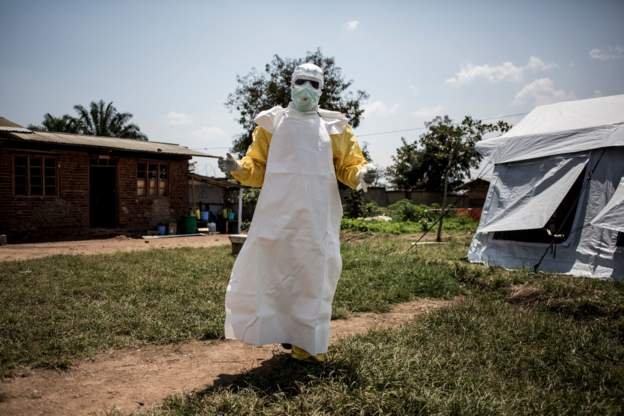 A trainee doctor who worked on the frontline battling the Ebola outbreak in Uganda has died from the virus, the health ministry confirms.

Ali Mohammed, 37, had come from Tanzania to study for a master’s degree in surgery.

He was one of six of medical trainees working at Mubende regional hospital who contracted Ebola and were moved to a quarantine centre.

Mr Mohammed is the second health worker to die of the virus. The first was a midwife from a private clinic in Mubende district.

Official figures indicate that the total number of confirmed Ebola cases stands at 35, with eight deaths.

Mubende is at the centre of this outbreak, and medical students there warned the government they were putting their lives at risk because they lacked proper equipment and sometimes had to handle patients with bare hands.

The medical association and the surgeons’ association in the country have issued messages of condolence on their Twitter accounts.