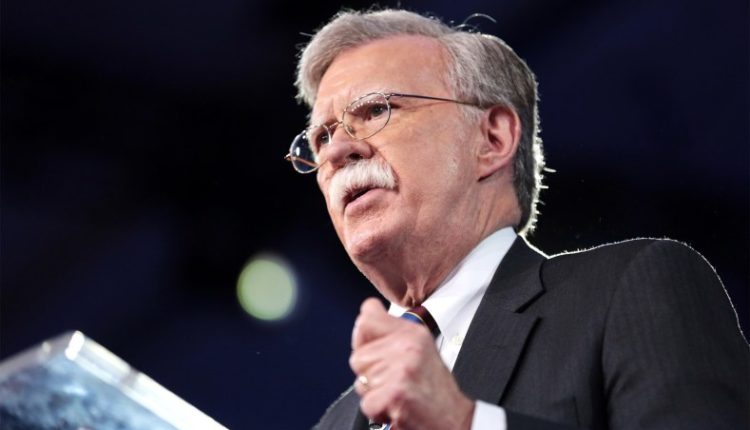 US President Donald Trump has announced he fired his hard-line national security adviser, John Bolton, saying he disagreed “strongly” with him.

“I asked John for his resignation, which was given to me this morning,” Mr Trump tweeted, adding he would appoint a replacement next week.

But Mr Bolton insisted he had quit and vowed to have his say “in due course”.

He had disagreed with the president on a number of foreign policy challenges, from Afghanistan to Iran.

I informed John Bolton last night that his services are no longer needed at the White House. I disagreed strongly with many of his suggestions, as did others in the Administration, and therefore….

Mr Bolton, who had served since April 2018, was Mr Trump’s third national security adviser after Michael Flynn and HR McMaster.

What is Bolton saying?

He maintained he had actually offered his resignation but Mr Trump told him, “Let’s talk about it tomorrow.”

I offered to resign last night and President Trump said, "Let's talk about it tomorrow."

As the news broke, Mr Bolton texted a Fox News host live on TV to insist he had resigned as national security adviser.

He also texted Washington Post reporter Robert Costa to say, “I will have my say in due course” and “My sole concern is US national security”.

The dismissal came as a surprise. Just two hours before his departure was announced, Mr Bolton had been due to host a White House briefing with Secretary of State Mike Pompeo and Treasury Secretary Steven Mnuchin.

The new acting national security adviser will be Charles Kupperman, who was a deputy to Mr Bolton, the White House told the BBC.